Charlotte Divorce Attorney Matt Arnold of Arnold & Smith, PLLC answers the question: “What does a “No-Fault’ divorce mean in NC?”

Most people think that once a divorce is over, it’s over. After all, you’ve spent substantial time and money trying to undo your ties to another person, why would you continue to have contact once you’re finally free? Sometimes though, things don’t go so smoothly, life’s messy after all, and lengthy relationships can be hard to leave behind. The question becomes, once you start to muddy the water, getting back in touch with an ex after the divorce is already signed and sealed, does that reconciliation undo the terms of the divorce or will the settlement agreement remain in effect? To find out more, keep reading. 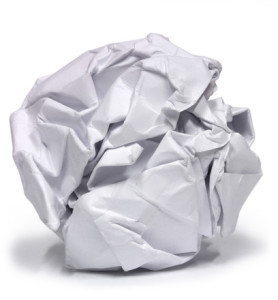 A recent case out of Pennsylvania dealt with exactly this issue. A couple got married back in 1992 and had a number of happy years together. However, things eventually soured and the coupled separated in 2006 and divorced a year later, signing a settlement agreement at the time. Among many of things that the settlement agreement dealt with was that the husband would agree to pay the wife $40,000 in installments. The two also agreed to share half of the cost of their children’s college education.

Not long after the divorce was finalized the two reconnected and lived together from 2009 through 2010. The second go at the relationship ultimately failed and the husband moved back out. The problem arose when the husband decided he no longer wanted to abide by the terms of the 2007 divorce settlement agreement. He stopped making installment payments to his wife and claimed he wasn’t legally responsible for half the kids’ college costs.

A lawsuit ended up resulting from the dispute and the husband argued that the court should support his decision to ignore the terms of the settlement agreement. According to the husband, the agreement should be deemed abrogated. As the husband’s lawyer pointed out, other states embrace the concept of abrogation. This concept says that those portions of the settlement agreement which have not yet been performed at the time of reconciliation are deemed void. In this case, that would mean the portion of the $40,000 that had not been repaid before 2009 would not need to be paid and the responsibility for college costs would also vanish.

The Pennsylvania court disagreed with the husband’s argument. According to the court, the divorce settlement agreements are deemed contracts and are fully enforceable under the law. The Court refused to join other states that embrace the concept of abrogation, saying that the wife had not abandoned her rights under the agreement by briefly reconciling with her ex-husband. The Court pointed out that the agreement did not contain any language that required either party to continually demand performance to preserve the right to enforce the agreement at a later date. As a result, the husband was ordered to continue paying the remainder of the $40,000 to the wife, take responsibility for his half of the kids’ college costs and reimburse his ex-wife for legal expenses.