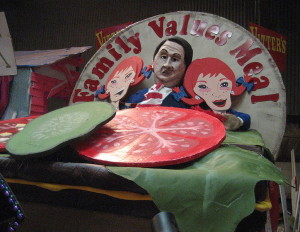 The states of Arizona and Utah recently passed laws mandating marriage counseling courses and longer waiting periods for couples wanting a divorce. Legislators in Oklahoma, meanwhile, are considering a law that would require parenting classes for couples with children who are seeking a divorce. Couples in the State of Massachusetts who have children under the age of eighteen and seek a divorce are required to attend a six-hour parenting course, while couples in Arkansas must wait through a standard 540-day divorce processing period after living separate and apart for eighteen months. Both of the Carolinas and Maryland require yearlong separations before couples can file for divorce.

Some attorneys like New York lawyer Matthew Reischer think that making divorce more difficult is a good thing. He told Newsweek that if couples knew divorcing was difficult, they would exercise more caution and intelligence when marrying in the first place.

Newsweek makes it clear where it stands on the issue, calling it “good news” that lawmakers in some states are trying to make divorce easier. California attorney Rackham Karlsson described a pilot program launched in that state’s capital, Sacramento, called One Day Divorce. Couples pay a $435 filing fee, per party (so $870 total), to “finalize their divorces quickly, cheaply and, most importantly, out of the courtroom.”

A supervising judge in the family law division of the Sacramento Superior Court gushed about the program, telling Newsweek that couples using the One Day Divorce program “are universally smiling and overflowing with joy to the point of high-fiving and hugging their volunteer attorneys—and just as frequently their newly divorced ex.”

Newsweek also cited a new application called Web Divorce Prep—“an online divorce documentation and record-keeping software platform”—geared towards making the process of divorce “easier,” as well as the not-so-new so-called “destination divorce” trend, ending its report with an anecdote from a self-ascribed “divorce encouragist” who said she and her husband split their assets themselves and only had to hire a lawyer “to file.”