Attorneys have long used Facebook and other social-media sites to compile evidence in divorce cases. Married users by the thousand have found out about their spouses’ cheating hearts through decidedly unceremonious Facebook status updates. 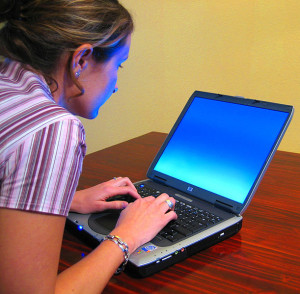 Now researchers are cautioning married couples against using social media altogether, warning that social-media activity may be driving a wedge between couples and speeding them on towards divorce.

The play-by-play of divorce filings, the back-and-forth of hearings, and one-sided accounts of reactions to testimony and rulings of various courts have been chronicled on social media to no end. At least one judge in New York is allowing parties to serve divorce complaints on adverse parties through Facebook.

With the ever-changing “relationship status,” Facebook took the lead in social media’s dabbling in divorce, but it is not alone. The 900-million users of Facebook, Twitter and LinkedIn are the new face of divorce, says Terre Haute, Indiana-based psychologist Bridget Roberts-Pittman.

It may appear, Roberts-Pittman told WTHI-TV, that social-media sites are the “it” factor in an increasing number of divorces, but she said that depends on how one defines “it.” She said that many couples encounter bumps in their relationships, and that “things like Facebook and Twitter can be the grease that slips [things] right out of control.”

In general, Roberts-Pittman said, while social-media sites enable people to communicate instantly with literally tens, hundreds, even thousands of people around the globe, electronic communications can also serve to create a barrier to face-to-face communication with those closest to a people, i.e. spouses.

In an ironic sense, then, “social media is disconnecting relationships on websites intended to keep people connected.”

To a private investigator like Miller, the sites serve as a kind of treasure map that he is able to use to track down the proverbial “other man or woman.” Except, all too often, Miller said, the other man or woman is not proverbial. He or she is real, and is the physical manifestation of the division between a husband and wife. All-to-often, social media served as the grease that smoothed a spouse’s transition out of marriage and into the arms of another paramour.

Social-media sites cannot, however, settle the issues that arise from behavior that ensues as a result of the connections they help foster. Those issues—divorce, alimony, custody of children, child support—must be hammered out in the real world, between real people, where the consequences of a person’s choices are real.

Faced with those potential consequences, many experts—including Roberts-Pittman—are encouraging couples who have said “I do” to marriage to say “I don’t” to social media.

Doing so could save their marriages.

Facebook becoming the “it” factor in millions of divorces