Splitting household chores equally seemed like a good idea at the time, but that was before the divorce. How could one have known that splitting chores increased the odds of getting divorced? 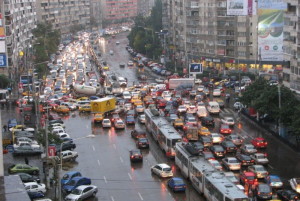 Well, if you are married and reading this, now you know.

According to researchers in Norway, couples who split household chores equally divorce at a higher rate than those who do not. Researchers believe the “even chore split” leads to the sense of a “business-like partnership” which, in turn, leads to less intimacy and more unhappiness and, in turn, a greater risk of divorce.

Females are more likely to divorce if they happen to work full-time as doctors. The opposite is true for males. Full-time male doctors have, on average, a lower divorce rate.

One of the more surprising divorce indicators involved the manner of getting to work instead of the work itself. Couples whose work commute is at least forty-five minutes long appear to have a higher rate of divorce than those who do not have such a long commute, according to Swedish researchers whose findings were published in a 2013 issue of the journal Urban Studies. The spike in the divorce rate for long commuters was observed regardless of whether both spouses engaged in the long commute or just one spouse did.

According to researchers who published a study in Social Forces, however, the influence of divorcing friends is a strong one, so strong that researchers found that study participants who had a close friend or family member divorce were an astounding seventy-five percent more likely to divorce from their spouses.