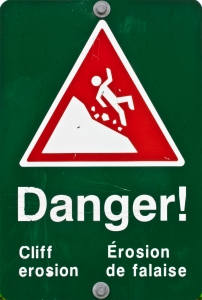 For those wealthy individuals in North Carolina who intended to divorce this year, a recent article in the Wall Street Journal points out that the decision may have recently become more complicated.

Given that the time following New Year’s is one of the most popular periods to file for divorce, financial advisors and divorce attorneys have had to consider changes caused by the American Taxpayer Relief Act, the bill passed by Congress last month meant to avoid the country falling off the fiscal cliff. The new taxes imposed by the law mean that decisions about whether to pay alimony and how to divide up investments and pension plans may need to be reconsidered.

Alimony among high-income couples is getting lot of attention now that the new tax law has passed. The fear is that alimony, which is counted as income for the recipient, could boost a person over the new $400,000 threshold for the top income bracket. Such a move could mean that the person has to pay almost 40% income tax rate. The good thing about alimony is that it is tax deductible for the payor. Child support on the other hand is neither deductible nor reportable as income. That means a concerned spouse worried about tax liability could insist that benefits be paid as child support rather than spousal support, a new issue to fight over during settlement negotiations.

Another issue that has received attention under the new tax act is investments. A new 3.8 percent Medicare tax on capital gains and other investment income above $200,000 means that some clients will be interested in a different division of property when it comes time to split assets. Parties might fight to keep the assets that generate tax losses, such as rental property, rather than getting investments that create additional tax obligations.

It’s also possible that couples impacted by the new capital gains tax will insist on a larger portion of investments to account for the taxes they will have to pay. For instance, rather than agree to a 50/50 split, one party might insist on 60% of the value of the investment to help account for the increased taxes that will be taken out of it.

If you find yourself facing a complicated family matter then you need the help of experienced child support lawyers in Charlotte, North Carolina who can help guide you through the often confusing process.

Equitable Distribution Lawyers in Charlotte, NC :: How to Split Invaluable Assets in a Divorce