A Seattle law firm has analyzed divorce statistics to help couples determine whether their marriages are likely to end in divorce. 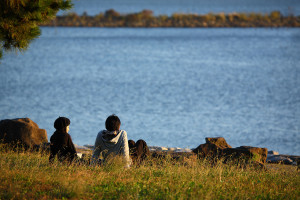 The law firm, McKinley Irvin, created a graphic that guides couples (or concerned halves of couples) through “trends Around Divorce in America” and “highlights some surprising findings,” according to Refinery29.com. The graphic can be viewed here.

Author and researcher Shaunti Feldhahn published a book last year contending that most American marriages are happy and that the divorce rate is only between 20 and 25 percent. Feldhahn said the fifty-percent statistic was based on projections made nearly five decades ago that assumed a rate of increase would ensue, when in fact the divorce rate did not rise as expected.

Citing the New York Times piece, McKinley Irvin thinks the divorce rate is closer to about one-third of marriages. While not as dramatic as the now-debunked fifty-percent figure, a third of marriages ending in divorce still means a lot of broken hearts, a lot of divorces and custody battles, and sadly plenty of business for law firms like McKinley Irvin.

Some of the statistics highlighted in McKinley Irvin’s graphic reinforce conventional wisdom—couples are a third more likely to get divorced if they live together before marriage and most children of divorced parents see divorce as a solution to their own marital problems.

On average, the law firm estimated, divorces cost couples from $15,000 to $20,000. The latter figure is interesting; McKinley Irvin found that couples who spend $20,000 or more on their wedding are more likely to get divorced than couples who spend more modestly on weddings. Large gaps in age, long work commutes, and the absence of college degrees also increase the odds of divorce.

The average length of a marriage that ends in divorce, McKinley Irvin posited, is eight years. Partners who have been married before are more likely to divorce; the more times an individual has been married, the more likely he or she is to divorce again. On average, the firm estimated, individuals spend about two years thinking about seeking a divorce before taking action.

The firm’s graphic also covers life after divorce. About half of women who divorce remarry within five years. The adverse effects of divorce on children are highlighted. Two-thirds of divorced mothers receive no child support, and children of divorced parents are twice as likely to drop out of high school.

Of course, the firm encourages anyone considering divorce to seek the assistance of an experienced family-law attorney.