A Louisiana man, Anthony Lowery, has brought suit against Divorce Source, Inc. seeking return of $299 he paid the company for preparation of a divorce petition. 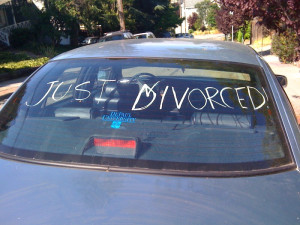 If the United States District Court for the Eastern District of Louisiana certifies Lowery’s suit as a class action, Divorce Source’s potential liability could run well into the tens of millions.

Divorce Source prepares legal documents for customers through its website www.3stepdivorce.com. The Pennsylvania-based company markets itself as a low-cost divorce option for “people who wish to end their marriage on mutually agreeable terms by filing their own divorce.”

According to its website, Divorce Source has “reached over 9.5 million people via the internet over the past 18 years.” Lowery alleges that Divorce Source “holds itself out to the general public as a money-saving alternative to lawyers.”

Lowery sought a petition of divorce from Divorce Source in August 2014. He provided answers to online questions and, based on the information he provided, Divorce Source prepared legal documents including a petition for divorce. Lowery paid the company $299.

Lowery seeks certification of his suit as a class action and alleges that the class of plaintiffs exceeds 100 individuals, including residents of the states of Alabama, Florida, Maryland, Missouri, North Carolina, South Dakota and Tennessee—all of whom purchased documents from Divorce Source. All of those states, Lowery contends, have laws that make Divorce Source’s activities illegal.

A decision by the United States Supreme Court earlier this year vindicated non-dentist teeth whiteners, many of whom set up kiosks in malls across North Carolina. The North Carolina Board of Dental Examiners tried to shut the kiosks down. The Federal Trade Commission sued the Board, claiming it was helping dentists enforce an illegal monopoly that harmed consumers. Ultimately the Supreme Court decided that the Board could not prohibit the provision of teeth-whitening services by non-dentists.

North Carolina State Board of Dental Examiners v. Federal Trade Commission involved dentists and teeth whitening, but the California-based company Legal Zoom—an online provider of legal documents—saw the high court’s decision as a victory in its own long-standing battle with the State Bar of North Carolina. Legal Zoom sued the Bar in 2011 after the Bar ordered it to cease and desist from engaging in the unauthorized practice of law in the state.

The day after the high court’s decision in Dental Examiners, Legal Zoom issued a press release claiming that the “Court’s ruling recognizes that the common practice of letting professionals, like lawyers and dentists, enforce their own monopolies” creates a danger that those professionals will act to further their own interests, as opposed to the interests of consumers and the public at large.

If the Dental Examiners case represents a sunset of state regulatory actions to shut down unauthorized professional practice in “the grey and fuzzy space,” Lowery’s action may represent a new front in the battle: private class-action lawsuits brought by consumers (represented by lawyers, of course) against companies seeking damages for engaging in unauthorized practice.