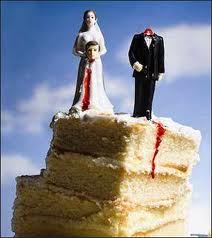 The common saying is “the seven year itch.” The theory being that around the seven year mark in a marriage, the couple is likely to become too comfortable and maybe even disenchanted with the relationship. Similarly, it may be that the rush of first being married has worn off. Or, maybe the couple has finished having babies so that thrill is gone too. Obviously, there is no formula which can predict with any certainty how long a marriage will last. Some end in divorce sooner, some end in divorce later, some marriages do not end in divorce. Perhaps the marriage ends when one of the spouses passes away.

But, according to a study in the UK involving 2,000 respondents, more couples run into trouble after the first three years of the marriage. The data seems to show that this is the point where the honeymoon phase really wears off. Similarly, this is also the point when the couple is likely to be making more significant financial investments together. Maybe the married couple signs an apartment least together, gets a joint bank account, joint cell phone contract, buy a house or maybe start having children (though it seems like couples are waiting longer and longer these days).

So, the question becomes “what can we do about it?” The advice seems to be fairly standard relationship advice: stay curious about one another, remember to have fun with your spouse, keep a “date night,” and commit that you are going to work through bumps in the road (don’t give up too easily).

Thank you for visiting Charlotte Divorce Lawyer Blog. If you are in need of a Charlotte lawyer, please give us a call.