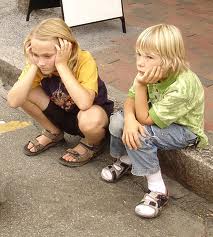 Mother attempted to argue that the child custody and child support determinations were too closely intertwined to be determined separately and, therefore, the trial court should not have determined the modification of child custody issue since it did not have jurisdiction to determine child support. The North Carolina Court of Appeals considered this argument and rejected it because there was ample evidence that the trial court considered beyond the respective financial positions of the parties which related to the best interests of the minor children.

This case seems to raise an important issue with respect to jurisdiction and judicial economy. As most people know, lawyers are pretty expensive and taking a case to trial can cost many thousands of dollars in attorney fees. In this case, it appears that the jurisdictionally appropriate way for the litigation to have occurred would have been for the Father, a North Carolina resident, to register the Michigan Order in Georgia to seek a modification of child support because that is where Mother lived and to register the Michigan Order in North Carolina to seek a modification of child custody because that was the “home state” of the minor child. This would require both parties, presumably, to have separate attorneys in both states and to litigate the cases in both places. It is easy to see how handling the case in this way would likely lead to significantly increased lawyer fees for both parties.