Late last month, legislators in North Carolina took an unusual step to impose a two-year waiting period on divorce. The decision caused a stir not only in North Carolina, but across the country with articles laughably discussing the legislature’s move to meddle in marriages. Beyond imposing a two-year waiting period before a divorce can be granted, the bill, Senate Bill 518, would also require that couples who are considering divorce go through marriage counseling before the judge can officially sign off on the dissolution of the marriage.

The act, knowing as The Healthy Marriage Act, has been designed to strengthen the institution of marriage according to its Republican supporters in the state legislature. The measure would replace the current one-year separation that is in place before a couple can officially receive a divorce. The Act says that couples would be permitted to either live together or apart during the waiting period, with cohabitation not preventing the clock from ticking. 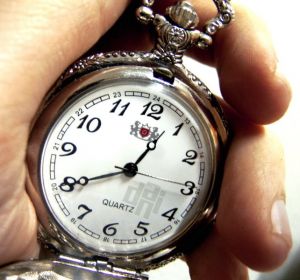 The legislation specifically states that before a divorce can take place, one spouse would have to submit a written notice to the other spouse notifying the other party about his or her intention to file for divorce. This would then begin the two-year countdown. During this interim period, the couple would be required to take classes about bettering their communication skills and improving their conflict resolution abilities. The Healthy Marriage Act does not require that the couple attend the classes together; each can take the courses on his or her own. If the couple has children there are even more hurdles that must be jumped through, including a four-hour course that discusses the impact of divorce on children.

State Senator Austin Allran is one of the co-sponsors of the legislation and has given numerous interviews explaining his reasons for backing the measure. Allran says that North Carolina’s divorce rate is already far too high and the legislature should do its part to try and reign in the problem which he says negatively impacts families across the state. Allran said he believes that by slowing down the divorce process, couples will have a chance to think through the decision and possibly decide to reconcile rather than rush into a divorce.

Those opposed to the measure argue that by the time a couple moves for divorce they have already thought through the matter for months or even years. Unhappiness typically builds over time until one or both parties are no longer happy in the marriage. Even pastors have recognized that the government mandate is likely too little too late, requiring intervention after things have already progressed too far to be helped. Furthermore, others argue the government has no place meddling in marriage and that existing laws are sufficient to protect the interest of children involved in a divorce.