NeNe Leakes, a reality star famous for her role on Bravo’s The Real Housewives of Atlanta, says that viewers should take her situation as proof that everyone should sign a prenuptial agreement. The outspoken star recently remarried her ex-husband, Gregg Leakes, after going through a messy divorce only a few years ago. 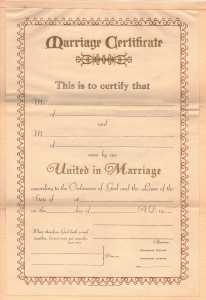 NeNe was on a talk show earlier this week where she extolled the virtues of a good prenup. NeNe mentioned that prenups are not necessarily bad things and will never be used or spoken of again if a couple stays happily married. However, if things go bad they are great tools to avoid unnecessary and expensive bickering during a divorce.

NeNe said that she believed prenups were important because they can ensure that couples don’t have to waste time and money arguing over who gets the flat screen television, or any number of other assets. NeNe says that the first time she was married to Gregg the two did not have a prenuptial agreement. Now that she has already been through one divorce with the man she says she knows how he fights and was shocked to see how nasty the divorce process became. Now that she knows how dark things can get when the gloves come off, she insisted that they sign a prenuptial agreement the second time around.

NeNe also mentioned an important point about prenups, that the documents do not have to be viewed as selfish things aimed only at protecting the wealthier party. Instead, she notes that her prenuptial agreement clearly says that she and her husband will share their assets. As she puts its, “My prenup says share with Gregg. It’s just specific on how I should share with [him].”

Though most couples thankfully do not have the same kinds of explosive fighting going on as cast members in The Real Housewives, the fact is NeNe is right that prenups can work to almost everyone’s advantage. Whether you’re the wealthy spouse or not, drawing up a plan in advance for how to divide assets can save everyone time and money later on.

“NeNe Leakes: Everyone Should Have A Prenup,” published at AccessAtlanta.com.