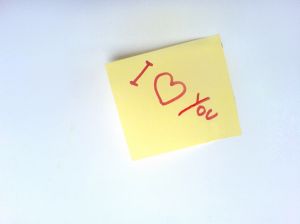 According a recent article on Yahoo!, several of the most commonly repeated factoids about divorce have actually been either tragically misconstrued or are instead completely false. Rather than allow urban legends to perpetuate, it’s important to clear a few of the big ones up.

First off, one out of every two marriages do not end in divorce. This is one of the most commonly bandied about statistics, often used as an example of the terrible state of morality in the country and a dire warning to those considering getting married. The fact is that the divorce rate is actually somewhere between 40 and 50 percent. Even this number is artificially high given that it includes those habitual users who rack up multiple divorces and drive the rate higher. Take the number with a grain of salt and remember that statistics do not have to determine the success of your marriage.

Second, the idea that second marriages are more likely to last than first marriages is, sadly, untrue. Though the idea makes sense, given that those going down the aisle a second time would be more mature and likely more hesitant to plunge into a marriage, the numbers tell a different story. According to experts, between 67 and 80 percent of second marriages end in divorce. Even more shocking is that third marriages continue the trend and have even higher divorce rates. The reality is that once you’ve been divorced you are more likely to see divorce as an option and go through it again.

Another commonly misunderstood aspect of the divorce process has to do with its supposed expense. The popular belief is that divorce is an incredibly expensive process that drains the bank accounts of even those with money to spare. While it’s certainly true that some celebrities or wealthy couples can be involved in lengthy and costly legal battles, it’s almost never the case.

If both parties can behave amicably with one another and decide how to divide assets without going to court, then the fees for a typical divorce are completely manageable. Even in more tense divorces, there are ways to keep costs in check. Rather than immediately move to litigation, consider exploring mediation which is significantly cheaper than a drawn out court battle. The lesson is clear: for lower bills, it’s important to lower everyone’s anger level.