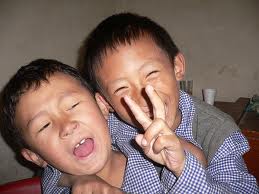 As if dating someone new is not hard enough to begin with, there are plenty of folks who are in the dating pool who are divorced with children. A divorced parent who has a child (or children) is likely to bring with them all sorts of additional issues which would not likely be present with a nonparent. Fear not, what follows is a series of “rules” for dating a single parent from Yahoo!(as reported from the child’s perspective):

First, don’t lay it on too thick. Don’t laugh too much in a disingenuous or fake way. Rather, be genuine and be yourself. It may be better to earn the child’s respect than to worry about trying to make the child like you.

Second, no PDA (public displays of affection) in front of the child. The child is going to have enough other thinks to worry about and be uncomfortable about without having to watch you make out with their parent. A quick peck on the cheek may be acceptable under some circumstances. But, it is better to be discreet about such things.

Fourth, don’t be indifferent to the child. This is the opposite of rule number one (1). While you shouldn’t lay it on too thick, you shouldn’t be completely indifferent either. It will also make the child feel uncomfortable if you show interest in their parent and then disregard them or don’t pay a normal amount of attention to them.

Fifth, know your role in the “family.” Remember that you are not the parent and it is not your place to chastise or correct the child. Even if your dating partner tries to pull you into the middle of the situation, observe healthy boundaries. If the relationships (both with the parent and with the child) progress, you may feel comfortable become involved. But, do so diplomatically.

Sixth, be open with the child. Share information about who you are: your life, your background and the like. This will help you and the child to connect on a deeper level and for them to have a better understanding of where you might be coming from on different issues. Also, if the child doesn’t think you are a freak, they are more likely to be comfortable with your relationship with their divorced parent.

Seven, follow the golden rule. Treat the child like you would like to be treated if you were in their position. Try to be empathetic and understand the confusion and various pressures the child may be feeling. Remember, whatever it is that made their parent available to date you is likely to be a difficult situation for the child. Keep that in mind.

Eight, be patient. Keep in mind that, in all likelihood, the child really doesn’t want to see you with their parent. They are likely protective and worried for their parent. There is a good chance their parent was hurt previously and they are going to be worried about something like that happening again. Also, the harder you push, the more likely the child is to pull back.

If you would like to consult with a Charlotte divorce and child custody attorney, give us a call.