Courts across the country continue to grapple with last year’s same-sex marriage ruling from the U.S. Supreme Court. Though the decision altered the legal landscape nationwide, the Supreme Court left much of the implementation to the state courts, issuing a very broad decision. It is now up to the lower courts to work through the many challenges that decision will create. 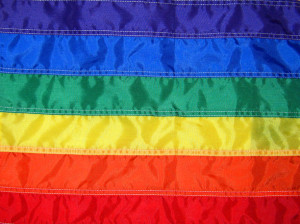 An example of such a case was recently decided by the Supreme Court of Virginia, which waded into the issue of alimony. The case began back in 2008 when Michael Luttrell and Samantha Cucco divorced. At the time, Luttrell agreed to pay alimony to his ex-wife for eight years.

In Virginia, as in North Carolina and many, many other states, alimony payments continue until the agreed upon cut off date (if such a date exists) or until the recipient remarries or is found to be cohabitating with another person. The law in Virginia technically says that such payments can be cut off once the cohabitation is habitual and is “analogous to a marriage” and lasts for at least a year.

Sometime in 2014, Luttrell tried to end payments to his former wife arguing that Cucco was cohabitating with a new partner. In fact, Luttrell claimed that Cucco was engaged to her new partner and the two had been living together for more than a year. Cucco responded not by disagreeing about the relationship, but by arguing that the relationship did not qualify as cohabitation because it was with another woman.

A county circuit court and the Virginia Court of Appeals agreed with Cucco, finding that cohabitation, as understood by state law, applied only to relationships between men and women. The case made its way to the state Supreme Court, which disagreed, reversing the lower courts by declaring such unequal treatment to be untenable.

The Court’s opinion noted that if such a double standard were allowed to continue, then an individual in a same-sex relationship could continue receiving alimony while the same person in an opposite-sex relationship could not. Despite the identical situations, the two would face very different financial results, something the Court could not condone.

The justice writing for the Court’s majority noted that when the Virginia General Assembly drafted the law, they could have chosen to include the phrase “of the opposite sex” when defining cohabitation, but they did not. Given this, the Court said that it is fair to view this as a signal of the General Assembly’s intention that the word “person” should include individuals of either sex.

Experts have pointed out that this case has a rather limited impact, only touching on this one aspect of divorce law. Though that’s true, it is also yet another in a long line of cases that are being used to modernize family law to account for recent changes in the law, specifically those involving same-sex marriage.