Some call it a midlife crisis; some call it a wandering eye; some call it downright bored. Whatever “it” is, 50-year-old self-described “good girl” Robin Rinaldi decided to give it a whirl for one year, agreeing with her husband of seventeen years to try an “open marriage.” 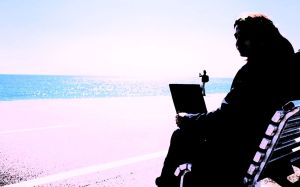 The concept—called polyamory—is nothing new. It is almost as old as infidelity—a concept most people call cheating, except an open marriage takes the “cheat” out of cheating. In effect, a spouse is allowed—if not encouraged—to cheat.

Rinaldi, of San Francisco, California, said that prior to the year of her “wild oat project,” she had only slept with four men, including her husband Scott Mansfield. Her once-a-week love life with the brewer and winemaker was in a rut, and his refusal to bear a child with her was the final straw, she wrote in a recently published book titled The Wild Oats Project.

Her agreement with Mansfield was as follows: Rinaldi would rent an apartment and live there through the week. On the weekends she would return home, where she and Mansfield would live as a married couple. They were not to sleep with mutual friends, not to get into any “serious” relationships, and they were not to have unprotected sex.

When one of the flames from her “year of passion” emailed her out of the blue long after her project had ended, she connected with the man, and before long, Rinaldi said, they were back in each other’s arms. Ultimately, Rinaldi said, she fell in love with the man, and the pair have now been living together for five years in a monogamous relationship.

Mansfield also has moved on; both he and Rinaldi say they have found peace in their lives, and he was not offended at her describing the details of their marriage, their sex life, “and her previously secret exploits with other men” in her book.

“If you write it well,” Mansfield told Rinaldi, “it won’t really be about us. It will be about a lot of marriages.”

In Hollywood and elsewhere, adultery is rarely an easy obstacle for couples to overcome