Board Certified Family Law Specialist Matt Arnold answers the question: “Can I keep my Kids from seeing the other parent?”

Divorce often comes with new burdens, many of them financial. In addition to the cost of dividing your assets, paying attorneys and adjusting to a budget based on only one income, those going through a split also have to get new housing on their own. Many people underestimate this expense, forgetting that the same money that used to support one joint household will now need to be divided to support two separate homes. 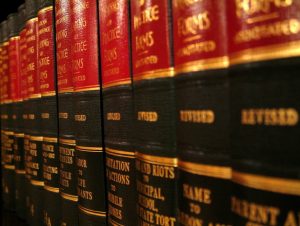 Though this can be expensive, it is usually seen as necessary given the strict rule in many states that the couple must be living separate and apart before a divorce can be granted. Lawmakers in California, in an attempt to make things easier on those couples who can’t yet afford to lead separate lives, passed a new law that redefines what it means to live “separate and apart”, something that should make divorce a bit easier on some families by removing a hurdle from the process.

The law at issue, SB 1255, was signed by Governor Jerry Brown earlier this week. The law specifies that a married couple’s date of separation will now be defined as the date when the final break in the marriage occurred, rather than the date that the two started living separately. This means a marriage in California can be deemed over even if the couple continues living together under the same roof.

The reason this issue cropped up in the first place is thanks to a recent court case. The couple married in the early 1990s and became estranged several years later. Finally, in 2006, the wife told her husband their marriage was over, separated their finances and took a new job in a different city, spending several nights each week living in the other town. That went on for about two years until the wife filed for divorce, but the divorce was not finalized until 2011. The couple then fought over when the marriage had officially ended, as this would impact how much money the husband was entitled to lay claim to.

The court decided that though the two had separated in 2006, they were not technically living separate and apart. According to the California Supreme Court, this required not only emotional distance, but also physical distance. As a result, the Court said the husband was allowed to claim half of his wife’s income through 2011, something the wife had fought hard to keep as her own.

The new law will overturn the court ruling by making clear that a marriage can end without geographic separation. Courts are now told to consider the intentions of the spouses and look at whether their behavior indicates that they have indeed split up. If so, even if they live in the same house, the marriage can be deemed over and any assets acquired or income earned after that time can be deemed separate rather than communal property.

Those who supported the recent measure say that, especially with the recent increases in housing costs in California, many families simply can’t afford to maintain two households. Living together becomes a financial necessity and unfairly punishes those without the disposable income to live on their own. The hope is that new law makes it a bit easier for those struggling financially to move forward and create a new chapter in their lives.

Man Secretly Divorces Wife In An Attempt To Protect His Money