Have you ever thought about paying a partner for their fidelity? A recent case tells the tale of a couple who tried to contract for just that. It ends with the scorned lover suing his ex-girlfriend to recover over $700,000 in gifts that he gave her throughout the relationship and reporting the gifts to the IRS as income payments. 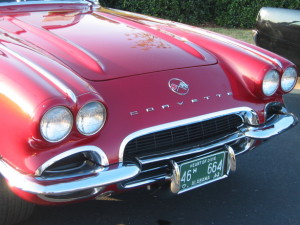 Here’s the scenario: In November 2009, boy meets girl. Boy and girl get hit by Cupid’s arrow…to the point that over the course of the next year, the boyfriend gives the girlfriend the following (as found by the trial court):

Fast-forward to November 2010, where the two lovers entered into a written agreement they intended to formalize their commitment to each other (neither was interested in marriage) and provide financial accommodations for the girlfriend.

Essentially, this was a monogamy contract. The agreement stipulated that

However, the relationship quickly deteriorated in the following months. In March 2011, the girlfriend moved out. According to the court, shortly after the woman moved out, the man started to accuse his ex of cheating, despite her assurances to the contrary.

By the end of March, the boyfriend had served the girlfriend with a civil suit demanding return of the cash, ring and car. He had also filed a Form 1099-MISC with the Internal Revenue Service reporting that he paid the woman over $700,000 in 2010, adding together the values of all the things he had given her.

The state trial court held that the woman had fraudulently induced the man to enter into the “commitment agreement” and entered a judgment of $400,000 against the woman.  As to the other items, the trial court found that the Corvette, ring, and $273,819 from above were “clearly gifts,” which means the woman was entitled to keep them and did not have to report them as income.

The woman was on the hook for the $400,000 judgment from the state court, which she paid to her ex’s estate in 2013 (he died shortly after the trial).

Now, after trial and repayment, the woman still has to face the IRS’s retrying in Tax Court the issue of what parts, if any, of the $743,819 were gifts.  On appeal, the court also reaffirmed that the woman had to pay back the $400,000.

The takeaway from all of this? If you were thinking of paying your partner to be monogamous, don’t count on it being a legally enforceable contract for either party. Of course, in states with at-fault divorce, infidelity could perhaps be used as an argument in the divorce petition, but North Carolina is a no-fault divorce state. And, if you give your significant other pricey gifts throughout a relationship, don’t bank on being able to get those items or their value returned to you upon the demise of the relationship.