The actress Morena Baccarin (from “Deadpool” “Homeland” and currently “Gotham”) is in the midst of what appears to be a rather nasty divorce. Baccarin is currently divorcing her husband Austin Chick and, in addition to the usual fights over money and property division, is battling over custody of the couple’s two-year-old son. As part of the divorce, Chick has insisted that Baccarin answer questions as part of a deposition. Baccarin is now arguing that her pregnancy should excuse her from the deposition, at least for now. 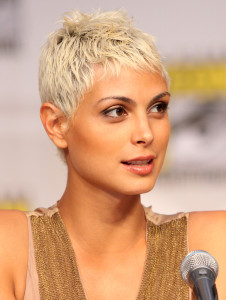 According to Baccarin’s attorney, his client is currently eight months pregnant (with her “Gotham” co-star Ben McKenzie’s child) and has what the doctors have deemed a high-risk pregnancy. Baccarin’s attorney claims that her doctor has said that sitting for a long period, even just to answer questions as part of a deposition, would be unduly stressful and could potentially harm both Baccarin and the baby. Baccarin has asked that the deposition be postponed until at least 30 days after she gives birth.

Though Baccarin’s case is likely quite different than most (no famous actors and actresses, for one thing) the stress surrounding a deposition is all too common. The fact is that most people have never been deposed in their life and the thought of being grilled by an opposing lawyer, on the record, can be incredibly intimidating. Having other people, including a court reporter, your soon-to-be former spouse, his/her lawyer and your lawyer listening in as you answer potentially sensitive questions is enough to cause almost anyone to look for ways out.

If, unlike Baccarin, you aren’t able to use a high-risk pregnancy to push the deposition down the road, consider instead the following tips designed to make the deposition process a bit easier. First, and this is arguably the hardest thing to do, try and remain calm. Though a deposition can be scary for the reasons we mentioned above, most all of the fear is in your mind. Your deposition will almost surely not be like a scene from a television drama. You’ll simply be asked questions that you need to answer. Just breathe and tell the truth and you will do just fine. If, for some reason, the opposing attorney is aggressive, you’ll have your lawyer there to protect you.

The next bit of advice for those undergoing a deposition is to listen to the question fully before answering. It’s very common for people who are nervous to try and anticipate what is being asked of them and then start talking before hearing the end of the question. Don’t do this. Instead, listen actively to what is being asked, stop, think, and then speak. Try and keep your answers to specifically what was asked, don’t tell a long story. Keep your answers relatively short and to the point to avoid inadvertently saying something you might later regret.

Finally, and this is something people often forget about depositions, remember that you will already know the answer to every question you’re being asked. You’ll be asked about things that you’ve said or done or that your spouse said or did. All you need to do is tell the truth and answer the questions to the best of your ability. The key is to keep in mind that if you don’t know something or if you don’t remember with certainty, just say exactly that, you can’t remember clearly. That is an absolutely acceptable answer and much better than trying to wing it.