With divorce underway and a potentially pricey division of assets looming, people have been known to get creative with legal defenses. Allegations of infidelity, abuse, financial mismanagement, you name it. A British man recently came up with an even more creative reason for why he should hold onto the majority of his money: he claimed he and his wife were never actually married. 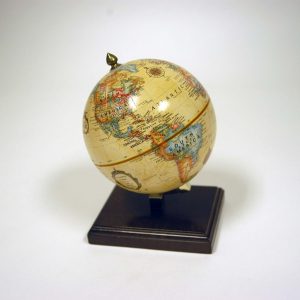 The divorce case involves Tagilde and Asif Aziz. Asif is the CEO of a major hedge fund and is believed to be worth more than $1 billion. His wife recently filed for divorce in London and is asking for half the marital assets. Asif appears not to be inclined to part with his money and his lawyers recently put forward an argument that he shouldn’t have to because the couple was never married. This argument is made more difficult given that Asif and Tagilde had two separate wedding ceremonies, one in London in 1997 and another in Malawi in 2002.

If there were indeed two separate wedding ceremonies, that would seem to make the marriage argument moot, right? Not according to Asif. Asif claims that these weddings were just religious ceremonies and that neither was legally binding. Asif says that while Tagilde may have thought they were married, no steps were taken to comply with the requirements for a marriage under UK law. If Asif prevails, Tagilde will end up walking away with vastly less money than she expected to receive.

Though few people have billions to squabble over, couples getting married abroad and then finding themselves in divorce court back home is not uncommon. How do you ensure that the marriage is valid and recognized under U.S. law and thus subject to divorce in U.S. courts? The first thing to consider is the validity of the foreign marriage. The U.S. Department of State deals with issues related to foreign marriage and the general rule of thumb is that if a marriage is legally performed and valid abroad then it will be legally valid and recognized in the U.S. So long as the marriage does not break a particular U.S. law, it is unlikely U.S. courts will raise a dispute.

To reiterate, you do not have to get married at a U.S. Embassy for a foreign marriage to be valid. There is no specific form the local officials must sign. Rather than worry about particulars, the bigger thing to keep in mind is that the marriage must generally comply with the laws and procedures that exist in the U.S. For instance, you cannot go legally marry a child abroad and expect that marriage to then be recognized here in the U.S. Certain procedural hoops must still be jumped through. If you run into trouble or have doubts, you can always send requests to review the marriage to the attorney general in your state who can make a determination.

What about divorce? Divorce is a fairly standard process, assuming your marriage is seen as legitimate. If so, courts have no problem presiding over a divorce where the marriage itself occurred overseas. Though the process for terminating a foreign marriage is largely the same as the one for a marriage performed in the U.S., those whose marriage occurred overseas should be especially mindful of residency requirements. Though American courts are generally happy to handle a foreign divorce, the participants still need to satisfy local residency requirements, simply flying in from abroad to file your divorce papers is highly unlikely to succeed.

Something else to keep in mind is that your spouse, especially if he or she is foreign born, may have other plans. If he or she acts first and files for divorce abroad, that could result in a U.S. court rejecting your subsequent petition. If you think this is a possibility, act fast as the first mover can have a significant advantage. The alternative may mean fighting out your divorce overseas in a foreign courtroom.

Weiner and Abedin’s Divorce Will Not Be Anonymous

How to Avoid Tax Trouble During Divorce