It’s a terrible story that never seems to end. More than six years ago, Anthony Weiner first grabbed headlines due to some inappropriate photographs posted onto his personal Twitter feed. The scandal that followed was enough to cost him his seat in the U.S. House of Representatives. Though many may have hoped that was the last of Anthony Weiner, it now seems like only the beginning. Weiner would later mount a bid for mayor of New York City, come close to winning and then watch as his campaign unraveled over another sexual messaging scandal. Years would pass before yet a third scandal erupted, this time involving a minor. The latest episode (which arguably had an impact on the 2016 presidential election) was finally enough for Huma Abedin, who decided to file for divorce and separate herself from Weiner and his various shenanigans once and for all. 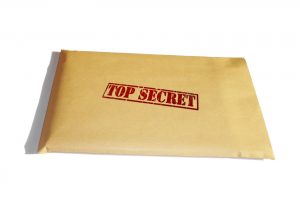 Though the whole episode has been incredibly public thus far, Abedin and Weiner were hoping that at least one aspect could be granted a modicum of privacy. After filing for divorce, both parties asked the judge to keep the case as secret as possible. In fact, the official divorce filing was given a confidentiality caption to shield their names from public record, Anonymous vs. Anonymous.

The Manhattan judge presiding over the case agreed to take the matter under advisement and this week issued his decision. The Court ruled that the divorce did not warrant confidentiality and that it would be referred to in public records as Abedin vs. Weiner. That said, the records are sealed and even the ruling regarding the anonymous caption would not be released publicly. The judge did note that while he understands their request for privacy, the reality is that no such privacy would likely be possible given the current level of attention focused on the couple. The judge even pointed to the three rows full of journalists gathered in the courtroom while the issue of confidentiality was being debated; in a way, the press attention assured it was a moot point.

Though few people will ever face the kind of press scrutiny that Weiner and Abedin have, many people may worry about their privacy during a divorce. Is confidentiality possible for those who are not celebrities? In many ways, it may actually be easier to secure. The reason is that in many states the issue that prevents judges from sealing divorce records is that idea that court records should be public documents and that by sealing the record you are harming the public by denying them access to information that may be of general interest. This can be a difficult argument when celebrities or politicians are involved. It is much easier when ordinarily families are the subject of the request as there is far less general interest in the subject.

That said, in many states there is a preference in favor of open records. Judges prefer to keep records open for review by others unless there is a specific reason not to. Some places, like Texas, are a bit more lenient and allow judges to seal divorce records so long as the participants argue that sealing the records will not have any adverse effect on public health or safety and that the records are not of items that need to be available to the public.

Even if you are in a state that is not inclined to seal the entirety of the divorce proceeding, there are things you can do to shield certain especially sensitive documents. You and your divorce attorney can request that a protective order be placed on certain items or certain series of documents. Some documents may even be marked confidential. Common examples include things like deposition transcripts, financial details, discussions of affairs or domestic violence. Judges are typically more likely to favorably view these limited requests for privacy.

How to secure your digital privacy during a divorce