It is something that very few people give much thought to: divorce behind bars. Though it seldom makes it on to most people’s radar, it can present enormous problems. Getting divorced while incarcerated is difficult if not outright impossible in some instances. This can mean that many resign themselves to being trapped in bad marriages or stuck with unresolved custody issues, which can create hopelessness among those already struggling to hold onto dreams of their future. 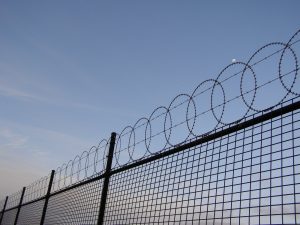 Thankfully, a judge in Illinois has taken steps to address this problem, shining a light on the unique hardships suffered by those in prison. The judge, Circuit Court Judge Grace Dickler, says that her office received letters from prisoners for years asking for help securing a divorce or finalizing other family law matters. After some thought, she decided to do her part to try and help.

Judge Dickler created a program that allows prisoners across Illinois to appear by camera in her courtroom on certain days each month. Through the use of technology, she has managed to close a seemingly impossible gap. Inmates who were unable to get release to attend required court hearings can now appear via camera from their current location. Previously, local family courts required participants in a divorce to appear in person, especially for the final phase of the divorce. To be able to leave jail and appear in court, the person would have to have filed documents in person with the local county clerk. Next, they would need to apply for a formal leave to attend a hearing. So what’s the issue? Maddeningly, the rules required that for a leave to be granted the person would have to first have a hearing on the books, leaving many inmates trapped in an endless circle.

In addition to solving the issue of physical appearance, Dickler has also solved a problem of finances. Working in conjunction with various legal aid groups, the participants in her long distance courtroom are all given pro-bono representation. Many of those participating are women, a long under-served group in need to special assistance. Women inmates in Illinois on average made less money prior to incarceration than their male counterparts and have less family support than male inmates. Without the pro-bono help, many would have nowhere to turn.

The larger goal of the program is to ensure that inmates are able secure the assistance of a judge in resolving family law disputes. For many, this means ending bad marriages. Though it may seem trivial, studies show that 75% of female inmates have been victims of domestic violence. Allowing them to finally turn a page on their destructive relationships offers hope of a fresh start for when they are released. The long distance courtroom also allows inmates to address custody issues, preserving their ability to later make claims for increased visitation or custody upon release.

Everyone, regardless of their income or current situation, deserves access to the justice system. Though many people assume this access is limited to criminal matters, family law can prove just as crucial. The family law world impacts some of your most intimate relationships, those with spouses, children and even parents. Hopefully projects like this one are extended to other cities and states so that families across the country can reap similar benefits.