The technological innovations and wholesale changes to American culture brought on by the personal computer and high-speed word and document processing have reshaped the American business, legal and financial realms in untold ways. 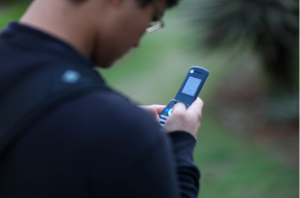 Later this year, courts in a number of states—New York, California, Texas and Illinois are in the lead—will begin allowing litigants to view, fill out and, in some instances, file documents using an application on their handheld, wireless devices.

So-called self-help services can help save time in appropriate cases. In the family-law realm, the uncontested divorce—at least in theory—could be undertaken via smart-phone application or similar means, but even in uncontested divorces, some pesky issues can creep up that may leave self-helpers in a lurch.

The problem with self-help divorces is that, unlike taxes, the ins-and-outs of divorce are controlled by state law. Under the umbrella of state law, courts in judicial circuits in North Carolina (and, presumably, in local judicial subdivisions in other states) require litigants to abide by local rules of practice and procedure. Failure to abide by these rules can cause delays, dismissals, or can send parties running into the offices of the lawyers they sought to avoid by using an app.

What’s more, “the complexity of cases,” writes Butler, “along with subtleties of things like rules of evidence and legal definitions, for example, have traditionally left these matters in the hands of lawyers and judges.” That’s where most contested divorce matters will stay, unless the Tar Heel State sees a complete mapping-over of its divorce laws and legal precedent, which no one is predicting or anticipating.

For couples whose marriages are short in duration, involve few to no marital assets, no children, and no contested issues, the availability of online documents and an online filing system may be helpful. It may save these litigants time, but the system for self-help litigants is already streamlined, especially in judicial districts in large metropolitan areas like Charlotte.

As Butler concedes, many litigants will still be better off with lawyers. He notes that in the criminal context, some “access-to-justice advocates” have not given up on the notion that everyone ought to have the right to counsel.

Not everyone has that right, and many who desire the assistance of a lawyer do not have the money to pay for one. Glenn Rawdon, technology program counsel at the Legal Services Corporation, told Butler that at least providing forms and an online application to use qualifies as “some form of effective assistance” to those needing legal help, “even if they can’t afford a human being with a law degree and a license to practice.”