A Texas man who accused a judge of conspiring with the Baylor University medical system and the doctor who testified in his divorce and child custody case is claiming his free-speech rights protect statements he made online and in telephone calls to the judge. 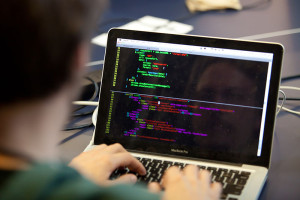 Last summer, the man—Michael G. Peters—was ordered by 418th state District Court Judge Tracy Gilbert to sell his property and split the proceeds of the sale with his wife. Gilbert also awarded custody of the couple’s son to Peters’ wife.

That outraged Peters, who posted a video on YouTube on which he aired his grievances against the judge and others. That video drew the attention of law-enforcement authorities, who began monitoring Peters’ online activity.

After posting the video, Peters posted a comment on a Yahoo news story praising the ambush-killing of two Las Vegas, Nevada police officers. Prosecutors allege that Peters said he wished he could have seen the officers’ blood running from “their stinking bodies.”

On June 14—four days after the orders were entered in Peters’ divorce and custody cases—Peters called Gilbert’s home at 6:53 a.m. After Gilbert’s wife told Peters the judge was not at home, Peters asked Gilbert’s wife why the judge cut a deal with those conspiring against Peters.

Prosecutors allege that Peters called the judge’s home again about a month later. Judge Gilbert answered and told Peters not to call again, but Peters phoned twice more that day, leaving messages warning that he was “Out of sight but not out of mind. Remember that, (expletive). See you soon.”

Prosecutors charged Peters with third-degree retaliation for allegedly harming or threatening to harm Judge Gilbert. Texas law makes it illegal for a person to intentionally or knowingly harm or threaten harm to another by an unlawful act in retaliation for or on account of the service or status of another as a public servant, witness, prospective witness, or informant.

If convicted, Peters faces from two to ten years in prison.

Peters’ attorney, Tony Duckworth, acknowledged that some of Peters’ language was harsh, but that Peters’ criticism focused on what he perceived as a corrupt judicial system in Montgomery County. “That’s not a threat against Judge Gilbert,” Duckworth said. “That’s being a good citizen and expressing the free speech right to bring it to the attention of other citizens.”

Duckworth said Peters had a duty to expose corruption. He said Peters never threatened Judge Gilbert with any physical harm, but instead wanted to file a lawsuit.