One of the most common complaints about divorce is that the process takes so long. Between waiting periods to file, the slow court process and uncooperative spouses, it can take months or longer for a divorce to make its way through the legal system. As a result, some states have begun to take action to speed things up. Mandatory wait times are being decreased and processes are being streamlined, especially in cases where there are no children. Though increasing speed is important in the U.S., lawmakers in other countries are desperate to slow things down. 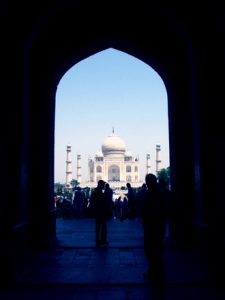 Take India for example, where the political system is currently grappling with a problem known as triple talaq. This is when a man tells his wife “talaq, talaq, talaq”. Though this may seem inconsequential, it can have devastating effects on the woman and her children. That’s because in India, and some other countries with large Muslim populations, the triple talaq is all it takes for a man to divorce his wife. That’s right, the simple utterance of one word three times can end a marriage on the spot.

The CNN article linked below tells the story of one woman whose marriage was ended in the blink of an eye when her husband was mad about their daughter asking him for money to go buy fireworks. Fed up, the husband screamed the three magic words at his wife. This was enough to result in the woman being put on the street, unable to afford shelter or food for her children. Thankfully, she was able to move back in with her parents, but relies entirely on them for her support as her husband has now moved on with his life.

India has the second largest Muslim population in the world and is one of several countries that have allowed the triple talaq practice to continue. In other places, like Pakistan or Indonesia, it has been outlawed. Many Muslim scholars say that those practicing triple talaq are actually violating Islamic teachings. In the Quran, men who use talaq to divorce are supposed to carefully consider their decision for several months after uttering the words, allowing time for proper reflection. If there are disputes, the Quran also talks about the need for outside mediators to be brought in.

Though this may be how things work in theory, in practice men get angry and, given current laws, are able to instantly banish their wives. The problem is a serious one in India where many women and children are left abandoned as a result. The Indian Supreme Court has announced that it will convene a panel on the subject to decide how to handle triple talaq divorces in the future. The Prime Minister has also condemned the practice and said that India cannot allow women’s lives to be ruined by the utterance of three words. Whether critics are able to effectively mobilize opposition and change the law, slowing things down enough to provide some protection to women and children in India, remains to be seen.