Though no divorce is fun, some divorces can become especially nasty. In these cases, one common cause is that one party is opposed to the divorce and wants to try and hold onto the marriage, forcing the other to drag him or her kicking and screaming every step of the way. In other cases, it’s simply that the uncooperative spouse is controlling and used to getting his or her way. A divorce, especially one not on their terms, comes as a shock to the system and it can encourage sometimes horrifying displays of stubbornness. 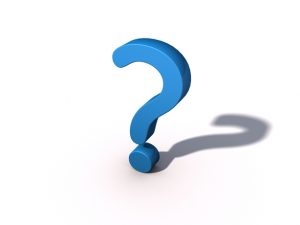 So what happens in cases where one party refuses to cooperate? Are there are any options if your husband or wife won’t pay child support or alimony or fails to follow the parenting plan? Thankfully, there are. Though it can be a big pain and unnecessarily stressful for everyone involved, simply saying “no” isn’t an option in a divorce. Whether your spouse likes it or not, a divorce decree is a legal document that has been signed off on by a judge. The decree thus has the full force of law behind it and there are a variety of steps, with varying levels of harshness, that can be taken to ensure that even the most intransigent spouse follows along.

First, let’s be clear that a divorce decree isn’t optional. Once a court signs off on the divorce order, which includes things like visitation schedules and required support payments, its terms become legally binding. That means those who are parties to the order are required to abide by the conditions spelled out in the order. Anyone who purposely disobeys will be subject to punishment.

So what kind of punishment are we talking about? On most courtroom TV shows you’ll likely come across a judge holding some uncooperative party in contempt. So what does contempt mean? Contempt, at its most basic level, means that a person has violated a court order. To be found in contempt, a person must have known that a court order existed, had the ability to comply, but refused to do so while lacking just cause.

What about punishment for contempt? Again, TV tends to skew things, showing judges yelling that people are in contempt and then showing police officers hauling them off to a jail cell. Though a jail sentence is certainly possible, it’s highly unlikely in most divorce cases, at least in the beginning. Committing contempt can result in civil and criminal punishment, including fines, payment of attorney’s fees, loss of custody time and, though rare, jail time.

So if your spouse refuses to cooperate can you take action on your own or do you have to wait for the judge to notice? You can absolutely get the ball rolling yourself. You and your attorney can discuss whether the best step is to file a motion of contempt. If so, you simply need to gather evidence that the other party has failed to comply with some aspect of the divorce decree and file a motion asking the judge for help resolving the dispute. Though it may take time to get things ironed out, it’s good to know you aren’t powerless and that steps can be taken to require the other party to follow the rules.