It’s been a rough few weeks for a relatively obscure member of Mississippi’s legislature. Andy Gipson was, until earlier this month, seldom on the national news radar. That changed as the state legislature has taken steps to try and address severely antiquated laws surrounding the divorce process. Two different legislators put forward two different measures to try and reform the backwards laws and both were killed before making it to the full chamber by Gipson. His actions resulted in a swift response from critics, with reports indicating that Gipson was deluged in phone calls, emails and social media posts by those who disagreed with his tactics. 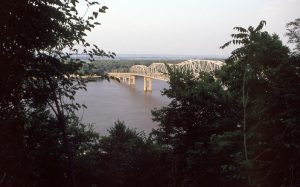 As we’ve discussed previously, Mississippi’s laws when it comes to divorce are well behind the times. In fact, Mississippi is one of only two states without a no-fault basis for divorce. The problem with this is that individuals seeking to end their marriages can find themselves stymied by uncooperative spouses. By not allowing for unilateral divorce, all it takes is one spouse to drag his or her feet and effectively force the other to remain married against their will.

This can create all kinds of problems. For one thing, it takes a tremendous amount of time. Couples can spend years (sometimes more than a decade) trying to procure a divorce. This is not only problematic for the people involved, but terrible for the Mississippi judicial system, which is frequently overloaded with cases that stretch on for years. Another problem involves cost, not only to the judicial system, but also to individuals, forced to pay for attorneys to try and jump through all the legal hoops necessary to get the divorce done.

A final, and particularly troubling consequence of the outdated laws is that it makes it far more difficult for victims of domestic violence to end their abusive marriages. By not allowing unilateral no-fault divorce, the victims of domestic violence are essentially forced to get permission from their abuser before they are able to end the marriage, something that’s obviously hard to accomplish. And that’s where Andy Gipson comes in. As the legislature finally appeared to be making progress to modernize the state’s laws when it comes to divorce, he shows up to squash both bills.

According to Gipson, he had problems with both bills and didn’t want either to see the light of day. One bill would’ve specifically added “domestic abuse” to the current ground for divorce known as “habitual cruel and inhuman treatment”. The other would’ve gone even further and simply created a no-fault basis for divorce, provided that the couple doesn’t have children under 20 and has been living separate for more than 2 years. Gipson, a Baptist preacher, says he doesn’t like divorce and doesn’t want to help make it even easier to dissolve marriages.

His actions resulted in an outcry, which was predictable. What might not have been as easily foreseen was what happened next. One domestic violence group reached out to Gipson and asked if he’d spend time talking to some women who suffered from domestic violence. They explained how the laws in the state are currently being interpreted by judges in such a way that victims feel trapped in violent marriages. For instance, judges will insist on more than one example of abuse to satisfy the “habitual” requirement or demand that there be more witnesses than just the spouse, often forcing children to become involved. After hearing the stories of these victims of violence, Gipson decided to author his own bill that would clarify a few things. First, Gipson made clear that an abused spouse can testify as a witness to abuse. Second, one incident would be enough to qualify as “habitual”. Third, verbal and emotional abuse and intimidation can also qualify under the law.

Though this may not go as far as many wanted, the good news is that Gipson’s change of heart may finally be enough to help victims of domestic violence in Mississippi escape their dangerous relationships.