When you think of Supreme Court cases, you typically imagine the big ones, cases like Brown v. Board of Education or Miranda v. Arizona. Though it’s true that the Supremes usually only involve themselves in the bigger disputes, there are times when they choose to wade into more run-of-the-mill matters. A recent case argued before the court illustrates just that and concerns principles of equitable division; more specifically, how pension payments are divided during a divorce. 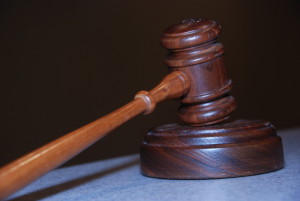 The case begins back in 1991, when John and Sandra Howell finalized their divorce. When it came time to divide their jointly held assets, Sandra made a claim for a share of her former husband’s pension. John had spent a career with the Air Force and would receive a government pension. The divorce decree entered into in 1991 said that Sandra was entitled to receive half of the value of her husband’s pension, though it didn’t specify a number. Given the value of the plan, Sandra’s half worked out to be around $625 per month.

The problem for Sandra came many years later, when John decided (without consulting Sandra) to apply for disability benefits. John’s application was ultimately successful, and this is when the trouble started. Disability benefits are not taxable, which means that after receiving his disability pay, John’s Air Force pension amount would be lowered by about 20 percent. Because Sandra’s share of the pension is defined as being half of what John receives, this worked out to a loss of approximately $125 per month for Sandra.

Sandra and her attorney filed suit challenging the decision to reduce her benefits. The case eventually made its way up to the Arizona Supreme Court, which ruled that Sandra was entitled to the full $625 and that the decision by John to seek disability benefits that would lower his pension amount did not effect the divorce decree from 1991. John appealed the decision and the matter ended up before the U.S. Supreme Court this past week.

The argument being raised by John is that the decision by the Arizona courts violates previous Supreme Court precedent (and federal law), which says that state courts are not allowed to divide a veteran’s disability pay between divorced spouses. Moreover, John argues that it was the intent of Congress for disability benefits to go only to the person living with the disability, not a former spouse.

For her part, Sandra argued that she has a vested interest in the property. When the divorce decree was issued back in 1991, her lawyer believes she earned the right to $625 per month and it’s John’s responsibility to ensure she continues to receive it. She argues that she does not technically need to be paid any of John’s disability money. She says that the amount she is losing due to the disability money could be replaced with money drawn from other assets of John’s.

Though a few justices appeared to sympathize with Sandra, citing the fact that she had come to rely on that money, several others indicated they agreed with John’s line of argument. Chief Justice John Roberts said that it was “unrealistic” to pretend the money wasn’t coming from the disability benefits and that Sandra’s argument amounted to a “charade” used by the courts to get around an inconvenient rule. Whether his colleagues on the bench agree remains to be seen, as a decision isn’t expected until spring or summer of this year.