People often discuss how when divorce happens, children can wind up caught in the middle. It’s true, children are sometimes used as pawns, with one parent attempting to deprive the other of time with the kids as a way of exacting revenge. Parents caught in a terrible struggle can lose sight of the best interests of the children, letting their own hurt feelings cloud their better judgment. 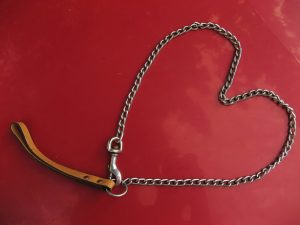 Thankfully, when it comes to kids, the law guarantees that even if the parents aren’t looking out for the kids’ best interest, someone is. Judges are required to consider the child’s best interest before signing off on any parenting plan. This protection ensures that children are looked after and minimizes the risk of collateral damage.

For those without kids, pets can sometimes take the place, not only as objects of love and affection, but as pawns during a bitter divorce. Unlike with children, the law does not offer much if any protection to animals in a divorce. A recent article in the New York Times discusses how that might be changing in some states, a development heralded by those interested in encouraging the development of animal rights.

In most divorce cases, animals are treated like property. Though it may sound cold, the law requires that pets be treated just like any other asset, a couch or some dishes or a TV set. If there is a dispute about who gets what (including pets), judges are supposed to look first of all to see if one party owned the property prior to marriage, meaning it would be classified as premarital property not subject to equitable division. If the property was acquired during the marriage, then value is taken into account and it’s given to one of the two individuals involved, often without much thought.

Though this has been the law of the land for decades, people are pushing for a change. From a legal perspective, animal rights’ advocates note that pets are not always treated like property. For example, animal cruelty laws exist to punish those who would harm an animal. Though you could set your couch on fire without trouble, the same isn’t true (thankfully) for your pet. Given this, the advocates say the law already acknowledges that animals are different than property and thus, in the context of a contentious divorce, deserve more care and attention than other items of personal property.

A similar argument is made by pet owners, though it’s a bit more heartfelt. Those with pets who have gone through a divorce discuss how wrenching it can be to be separated from a pet you’ve come to view as a member of the family. As with children, pets can be used by one party to inflict further harm on another. One way of reducing the frequency of such incidents is to recognize that pets are more than property and that custody should be subject to a best interest analysis, just like with children.

So far, only Alaska has been willing to take the steps to write this best interest requirement into law (though only for those with vertebras). The legislature last year passed the country’s first pet custody legislation, potentially paving the way for others. Since then, lawmakers elsewhere have begun considering similar proposals. In fact, one legislator in Rhode Island recently introduced a bill very similar to the law in Alaska, requiring that judges consider the best interest of an animal in any divorce or separation. Whether the legislation will gain traction in Rhode Island and elsewhere remains to be seen, though experts note that as animals play a more central role in families the likelihood that pets are treated differently under the law continues to increase.

Lawmakers Say Judges Should Consider Pets When Finalizing A Divorce