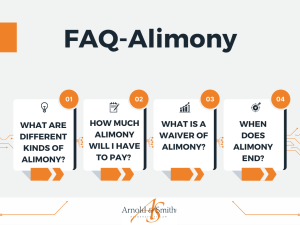 When you and your spouse divorce, one partner may need to pay money to the other for living costs and other expenses. The word alimony originates from the Latin word “alimonia” which means sustenance or nourishment. In North Carolina, alimony is also called spousal support. When couples divorce, alimony may or may not be appropriate. There are many questions people have regarding spousal support. An experienced North Carolina divorce attorney will help you through the process and answer your questions about alimony.

What are the Different Kinds of Alimony?

END_OF_DOCUMENT_TOKEN_TO_BE_REPLACED

The decision to end your marriage is one that is not taken lightly. In most cases, you and your spouse have been experiencing problems for some time and have been working unsuccessfully to resolve them. When you finally decide to divorce, you likely have many questions and concerns about the process and what to expect.

END_OF_DOCUMENT_TOKEN_TO_BE_REPLACED

When couples in North Carolina seek to end their marriages, they determine how to distribute their assets and debts in an equitable manner. In some cases, alimony is necessary for one or the other spouse. Alimony is also called spousal support. Alimony is money that is paid from one spouse to the other as decided during the divorce process. It may be a permanent order that is put into place by a judge in family court. An experienced divorce attorney will review the details of your case and help you get spousal support if it is warranted.

END_OF_DOCUMENT_TOKEN_TO_BE_REPLACED

Yes, you can request alimony, also known as spousal support in North Carolina, during and after the divorce proceedings. However, when seeking spousal support while your divorce is pending, you must prove your need for financial help and your spouse’s ability to make the monthly payments.

END_OF_DOCUMENT_TOKEN_TO_BE_REPLACED

Deciding to file for divorce in North Carolina can be difficult. Not only are you dealing with the emotional ramifications that might come along with ending a marriage, but you are also faced with dividing physical property between you and your soon to be ex-spouse. Recently, the North Carolina Court of Appeals ruled on a divorce case with some issues surrounding the division of marital property.

END_OF_DOCUMENT_TOKEN_TO_BE_REPLACED

Anyone who knows anyone who has been through a divorce understands that the process can bring out the worst in people. The stress, emotional and financial, can cause the best of us to act in ways we otherwise wouldn’t. Emotions such as fear, anger and betrayal can lead to lashing out and other types of vindictive behavior. Though it’s understandable, there are limits that should be kept in mind to avoid running into trouble with the law.

END_OF_DOCUMENT_TOKEN_TO_BE_REPLACED

When you think of Supreme Court cases, you typically imagine the big ones, cases like Brown v. Board of Education or Miranda v. Arizona. Though it’s true that the Supremes usually only involve themselves in the bigger disputes, there are times when they choose to wade into more run-of-the-mill matters. A recent case argued before the court illustrates just that and concerns principles of equitable division; more specifically, how pension payments are divided during a divorce.

END_OF_DOCUMENT_TOKEN_TO_BE_REPLACED

Women who devote more time to homemaking and childcare may be in for a series of post-divorce rude awakenings, according to NBC News. 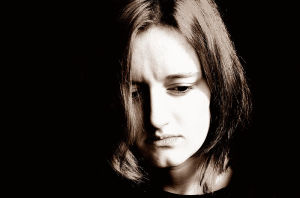 Bruce McClary, a spokesman for the National Foundation for Credit Counseling, told NBC that some women “have to start right from scratch” at finding a post-divorce job or home and establishing credit.

While “working-class women get hit harder,” NBC reports, women across all income levels—even women from higher-income levels—often suffer large income losses when they divorce. Laura Tach, an assistant professor of policy analysis and management at New York’s Cornell University, said women who are awarded physical custody of children may stand to lose anywhere from thirty to forty-percent of their income.

The costs associated with childcare and the demands placed on women’s time make it difficult to keep apace of a fast-moving and demanding labor market. A 2012 study published by the Urban Institute showed that less-than-half of “employed, working-class parents” were given paid time off by their employers, while more than half worked “nonstandard hours and nearly a quarter had to work nights,” according to NBC. Keeping up with those demands and keeping up with one’s children can be difficult and, in some instances, virtually impossible.

END_OF_DOCUMENT_TOKEN_TO_BE_REPLACED 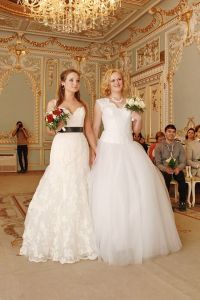