Anyone who knows anyone who has been through a divorce understands that the process can bring out the worst in people. The stress, emotional and financial, can cause the best of us to act in ways we otherwise wouldn’t. Emotions such as fear, anger and betrayal can lead to lashing out and other types of vindictive behavior. Though it’s understandable, there are limits that should be kept in mind to avoid running into trouble with the law. 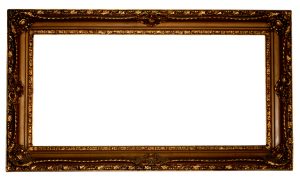 A good example of someone acting out due to divorce is the real estate mogul Harry Macklowe who, according to several gossip sites, is secretly trying to unload some valuable art ahead of a pending divorce form his long-time wife Linda. Macklowe and his wife have a shared fortune of more than $2 billion. As part of their fortune, the Macklowes have invested in expensive art. The buzz is that in preparation for the upcoming divorce, Harry is trying to sell off some pricey pieces, the goal of which is to keep the art (and the proceeds from the sale) from being divided up during the divorce. Specifically, Page Six says that rumors have it that an upcoming auction at Christies will see one of Harry’s pieces, a Roy Lichtenstein painting that is expected to fetch $35 million.

Though most people don’t typically fight over multi-million dollar art collections, it doesn’t mean the case isn’t applicable to ordinary divorces. This is because the act, an attempt to hide assets, occurs across the income spectrum, among billionaires as well as thousandaires. The fact is, there are plenty of people who, usually due to hurt feelings or anger, don’t want to part with their assets in a divorce. This desire to keep what you feel is rightfully yours occurs regardless of your family’s net worth.

Though most people aren’t able to secretly auction off art work to raise tens of millions, there are other things that can be done to try and hide assets. One easy way is to simply take money from joint accounts and hide it in accounts in your name only or in a safe deposit box in someone else’s name. In other cases, a spouse intending to deceive could simply fail to report the existence of certain accounts, something more likely to happen when the other spouse isn’t involved in the family’s finances. Physical objects, such as jewelry or tools, can also be carted off and hidden, perhaps at a friend or relative’s house.

What happens if you get caught trying to hide assets or deflating your income for the purposes of avoiding a truly fair equitable division process? Nothing good. Judges are serious about the requirement that both parties accurately and fully disclose their assets. Failing to do so can have a tremendously negative impact on the other party, denying them access to money or resources that they are legally entitled to and creating an unfair windfall for the deceptive spouse. It’s for this reason that judges can take such harsh action if a spouse’s deceit is revealed. A judge could impose sanctions against you, make you give up not only a share of the assets their were hidden, but could even order that the innocent party receives most if not all of the hidden asset, leaving you even worse off than if you’d been honest from the beginning. In other cases where the asset has already been sold off, the judge may force you to repay the value of what was taken from your spouse.

The moral of the story is that while you may want to act badly and hide assets from your spouse during a divorce, resist the temptation. Nothing good will come from it.