Board Certified Family Law Specialist Matt Arnold answers the question: “Should I delete old posts or censor new posts while going through a divorce?”

When it comes to marriage and divorce, we are used to thinking that people can do as they wish. Thankfully, the government seldom decides to play matchmaker, telling people who to marry or when to divorce. Though this is almost always an issue left up to individuals, there are some very special circumstances where courts (and possibly even state legislatures) decide to get involved, deciding on behalf of others when or if they are allowed to marry or divorce. 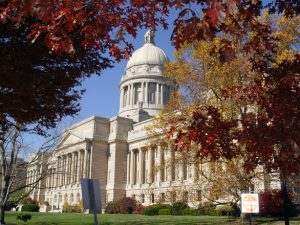 One such case occurred recently in Kentucky. There, an 88-year-old man named Elmer Riehle decided he no longer wanted to remain married to his wife Carolyn. The two had been married for years, but Elmer claimed that he wanted to move on and live on his own. The problem is that Elmer had years earlier been declared mentally incompetent. The question for a judge to decide was whether someone who has previously been deemed incompetent is allowed to decide for him or herself whether to divorce.

Though the Kentucky Supreme Court weighed in recently, the case goes back a long way. Back in 2008, Carolyn was able to get a jury to declare her husband mentally incompetent. The basis for the declaration was Elmer’s decision to send thousands of dollars to someone on the internet that he believed to be a Nigerian prince. Elmer was infuriated, saying that he was of sound mind and purposely chose to send the prince the money, an amount he fully expected to be repaid. After trying unsuccessfully to have the competency determination overturned, Elmer moved on to trying to divorce Carolyn, who had by that point been declared his legal guardian.

The question of how a mentally incompetent person should be treated when it comes to divorce is a thorny one. In 10 states (Kentucky being one), those declared mentally incompetent are legally prohibited from seeking a divorce. Twenty-six other states allow some exceptions, so divorce is difficult, but possible. In 14 other states, the issue has never been addressed.

Critics say the problem with such a strict prohibition against divorce for the mentally incompetent is that it can result in a person being essentially trapped forever in a marriage he or she may no longer wish to be a part of. Elmer’s attorney said that the state’s law meant that disabled individuals are stuck in marriages “until death do they part”. Elmer’s attorney argued that there needs to be some exceptions written into the statute, allowing disabled individuals who claim they are being abused or neglected to get a divorce or at least demand a new guardian.

Carolyn and her attorney argue that Elmer is confused and suffering from a variety of illnesses that prevent him from making sound decisions. At no point has Elmer or anyone else alleged that Carolyn abused, neglected or abandoned Elmer. As a result, they say there is no need in this case for the court to break with precedent and allow Elmer to force a divorce against the wishes of his guardian.

The Kentucky Supreme Court agreed with Carolyn and the majority held that the only way a mentally incompetent person can seek a divorce is if his or her guardian files for it on their behalf. The court admitted this case presented a “peculiar conundrum”, but said the issue can only truly be resolved by the state legislature. Should lawmakers want to create exceptions, they are able to do so. Until then, the Court feels it has no choice but to enforce the law as it is currently written.

Family Court Judge Gets Reprimanded For Discriminating Against Couples With Kids