Going through a divorce with kids can be incredibly difficult. Divorce is bad enough as it is, but the added stress of worrying how the divorce will impact your kids, the pain of creating new routines, of dividing parenting responsibilities and of creating a visitation arrangement that’s workable, is even harder. Given how difficult divorce with kids already is, it’s certainly not helpful for a judge to actively attempt to make the process even worse. This what appears to have happened recently in Kentucky, where one family court judge was recently reprimanded for treating divorced couples with children differently than those without. 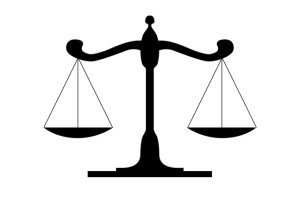 The issue involves a family court judge in Fayette County, Kentucky; Judge Philpot. The judge was recently taken to task, formally, by Kentucky’s judicial oversight board. The activity that led to the reprimand was Philpot’s decision to require couples with kids to participate in special hearings that couples without children were not required to attend.

According to news reports, Philpot ordered couples with children to attend hearings that were meant to ascertain whether the marriage was indeed broken beyond repair. Though Kentucky’s law does not require that a special hearing take place, especially not just for those couples with kids, Philpot took it upon himself to delve more deeply into cases involving where children were involved. Specifically, Philpot argued these hearings were necessary to determine whether the marriage was “irretrievably broken”, the basis for no-fault divorce in Kentucky.

Though Philpot was reprimanded publicly, the state judicial oversight body did not fault him for holding the broken marriage hearings, but for holding the hearings only for those couples with children. The commission said that to allow him to continue holding hearings targeting only those couples with kids would amount to a failure to perform his judicial duties fairly and impartially.

The judicial commissions also reprimanded Philpot for using his office to advance the private interest of others and for disclosing nonpublic information. In addition to holding the special hearings for couples with kids, Philpot is also alleged to have released information not part of the public record to a third party that used the information for “independent research and teaching duties”.

It’s clear that Philpot feels strongly about the issue and believes firmly that couples with kids should think long and hard before divorcing. The judge wrote a novel in 2016 called “Judge Z: Irretrievably Broken” where the main character, a family court judge, orders a hearing to slow down the divorce of a couple with little kids with the aim of helping the couple reconcile. Unfortunately for Judge Philpot, life cannot continue to imitate fiction. Philpot will need to change his tactics a bit and, if he wants to conduct such hearings, be sure to do so across the board rather than targeting only some of those in his courtroom.