We’ve discussed pets and divorce previously and the issue is almost always handled the same way no matter where you are. Though we might consider our pets part of the family, the fact is that the law does not. In fact, in a divorce, courts across the country have long operated under the assumption that pets are no different than any other piece of property. Rather than subjecting the division of the pets to the same kind of best interest test that children enjoy, pets get allocated between the parties like a couch or some old dishes. 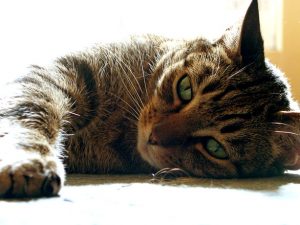 Thanks to a recently implemented Alaska law, that might finally be changing. The law, which only took effect this month, appears to change the way that pets are viewed in the family law context. The law, House Bill No. 147, says that divorce court judges in the state must consider the well being of pets when making decisions about where the pet will go after the divorce is finalized.

The law has gotten attention in the world of animal law as it is the first in the country to require that a pet’s best interest be considered by a judge. Even more shocking to many is that the law authorizes judges to award joint custody of pets, a previously drawn line in the sand. No judge would ever have considered such a scenario before as it would have been akin to awarding joint custody of a TV set.

A third element of the law says that judges are empowered to award pets as part of issuing domestic violence protection orders. The hope here is that if a spouse is being abused, he or she can be given legal custody of the pets, an attempt to spare the animals and the spouse from further violence.

Legal experts say it will take time to see how this new law plays itself out. Initially, it is being viewed as quite controversial and will put Alaska at the cutting edge of the legal world. For the first time ever, the new law means that courts will look at what is best for pets when deciding where they go after a divorce and not what’s best for the human owners.

The question that many are asking is if the change in Alaskan family law will bleed over into the lower 48. For decades now, the rule has been clear that animals are the same as any other item of personal property and that judges would not delve deeply into who should get them in a divorce. If this is the first indication that times are changing, judges across the country may have to start getting more comfortable with the thought of conducting a best interest analysis on cats and dogs.