A routine complaint about divorce is that the process can be a time-consuming one. You have to jump through legal hurdles that take time and cost money, waiting each step of the way for the other side to have time to review and respond. You wait on court dates and on meetings. In some cases, you wait on mediation appointments or settlement negotiations. Bottom line, there’s a lot of waiting. 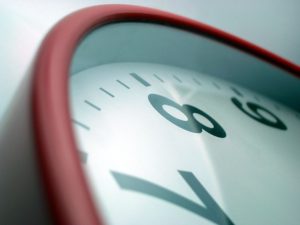 This is what makes what happened this past week in Louisiana so unusual. Given how long the divorce process already is, it seems unusual that the legislature would come together to defeat an attempt to speed things up. The plan in Louisiana, known officially as HB 136, would have given couples the ability to shorten the waiting period required before filing for divorce, something that a majority of legislators found objectionable.

Currently, the law in Louisiana says that couples must wait a full year before moving forward with filing for divorce. HB 136 would’ve cut this in half, giving those couples who wanted to move more quickly a faster track through the system. The original plan was to allow those with children to divorce as quickly as those without children. That was quickly rejected, so the authors of HB 136 then took a different approach and created a rule that said that for those people with children who wanted to shorten the divorce cooling off period, they would need to attend a pre-divorce counseling session. If they attended the counseling session together, discussing what the divorce would mean and how they should best move forward, then they could skip months of waiting.

Critics say that they feared this could have a negative impact on families, especially young children. Other said that by fast-tracking the process, you take away much needed time to allow for reconciliation. By slowing things down, the hope is that you force people to reconsider and invest time in saving rather than ending their marriages.

Critics also argued that for those who are the victims of abuse, there is already a fast way to get out of a marriage. In cases where one party alleged abuse or abandonment, the courts can process the divorce in much less time. One legislator opposed to shortening the cooling off period noted that it only applied to those who fell out of love and, in that case, there didn’t seem to be a rush, after all she said, what’s the harm in waiting another six months?

Those in favor of shorter waiting periods contend that their unhappiness in a relationship should be reason enough to leave and to leave quickly. Additionally, they point out that the lengthy waiting period hasn’t done much of anything to reduce Louisiana’s divorce rate. In fact, the numbers tell a pretty convincing story. Nearby Texas and Arkansas only have 60-day waiting periods for divorce. In Mississippi, the waiting period is even less, only 20 days. Despite the much shorter time frames, these states have actually seen their divorce rates fall. What has happened in Louisiana? The divorce rate continues to rise.