Until death do us part, in sickness and in health? As for sickness, not so much. 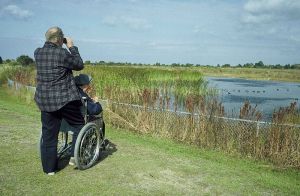 That is, at least, according to a new study spearheaded by Amelia Karraker, an assistant professor of human development and family studies at Iowa State University.

Her study—published in the most recent issue of the Journal of Health and Social Behavior—shows that married women who are diagnosed with a serious health condition are at greater odds of being divorced by or from their spouses than healthy married women.

Karraker and colleague Kenzie Latham studied marriage data from 1992 to 2010 compiled by the Health and Retirement Study at the University of Michigan. They looked at rates of cancer, heart disease, lung disease and stroke among married women during that timeframe.

While the study itself could not account for why married women who become seriously ill are six-percent more likely to be divorced by or from a spouse, Karraker told the Washington Post that “people who endure serious illnesses often take stock of their lives.” Men, Karraker said, are not socialized to be caregivers in the manner in which women are, and that may lead wives who become seriously ill to be dissatisfied with the level of care provided by spouses. They may question their marriages, especially if other competent caregivers such as adult children can help provide care.

When a married man falls seriously ill, the odds are no greater than average that his marriage will end in divorce, Karraker said.

The study was limited to 2,701 couples, and all the study participants were aged 51 or older. The study sample, Karraker acknowledged, was small, but she expressed surprise that her data showed that couples’ income and race had no discernable effect on their divorce rate. Other studies have concluded that poorer couples are more likely to become sick and more likely to be divorced, according to the Post.

“There’s a large body of literature that shows that caregiving is really bad for your physical health and psychological health,” Karraker said. When married people get sick, she said, often a spouse is called upon to provide care. When that spouse is a man, he may be more inclined to throw in the proverbial towel.