If you’re preparing for a divorce it’s a fact that things like the length of your marriage can play a role in how assets are divided and how much alimony is awarded. Courts care about time because they want to be sure that long-lasting relationships are valued and that potential scams or quickie marriages aren’t rewarded with hefty settlements. 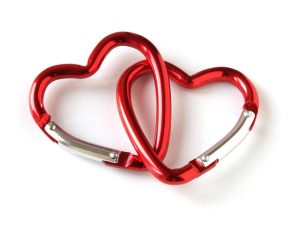 One problem with the emphasis on time is that it is measured only from the date of marriage. Though this makes a certain sense, it also deprives those with lengthy pre-marital relationships from the recognition they deserve. This is especially true in the case of same-sex couples who were often legally prohibited from marrying until recent years. This means that their marriages can be artificially undervalued in the event of a divorce, recognizing only a few recent years together while ignoring the previous decades.

Though potentially unfair, the practice has been widely established and upheld by courts. That is until recently, when the New Hampshire Supreme Court issued an important ruling that will impact how cases in the state are handled from now on. In the case, Munson v. Beal, the High Court issued a unanimous decision indicating that the time a couple was together prior to marriage can also be considered by courts when dividing their marital estate.

The case occurred when a woman appealed her divorce decree, which awarded her 12 percent of the marital estate and very limited alimony. One reason for the paltry division was the short length of the marriage, only three years. However, the couple was same-sex and had been together for 15 years prior to marrying. During these 15 years, the two had created estate plans naming each other as beneficiaries, had joint bank accounts, shared money and expenses and generally lived their lives as if they were married.

The court noted that prior to the current case, no others had directly allowed time spent together prior to marriage to be used as a factor when deciding how to divide assets. Despite the lack of precedent, the justices agreed it was time for things to change and ruled that time spent in premarital cohabitation should be a factor in determining divorce settlements.

The Court also took pains to make clear this case was not one that benefited same-sex couples over others. The Court noted that in 2008, there were 6.2 million households where couples were cohabitating outside of marriage. Of these 6.2 million, only 565,000 were same-sex couples. The ruling means that all those cohabitating outside marriage can look back on this time when deciding what is a fair division of jointly held assets. To do otherwise, according to the court, ignores reality and would ultimately be unjust.