The holiday season is upon us, as is the impending traditional uptick in divorce filings that comes after. Given the hot tempers that often accompany both extended amounts of family time and divorce, now may be a helpful time to answer a question frequently posed by family law clients. It often comes in the form of “What can I do to keep my soon-to-be-former spouse from doing X?” 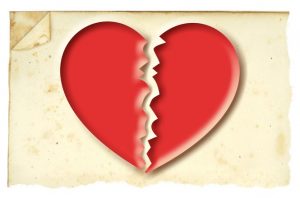 Many times, the answer to this question will involve an injunction. It may go without saying, but ending a marriage can quickly turn into a nasty business. Raw emotion can lead people to do things they may never have thought they were capable of. An injunction is one of the legal tools available to help prevent a vindictive or distressed spouse from doing something harmful, and it can play a critical role in protecting your interests.

What is an injunction?

An injunction is a court order, meaning it is issued by a judge, that either forces someone to stop doing something (i.e. “Stop withdrawing money from the joint accounts during separation”); to start doing something (i.e. “Bring the children back on time after visitation”); or prohibits someone from doing something before they do it (i.e. “Don’t take the kids out of town on the weekends you have custody.”)

There are three (3) main types of injunctions: a preliminary injunction, a temporary restraining order, and a permanent injunction.

The purpose of a temporary restraining order, other than in the domestic violence context discussed below, is to maintain the status quo until either the spouses settle your case, or a judge rules on the issues after a trial. Courts granting these types of requests are a way to prevent these types of issues before they arise.

Permanent injunction. This type of injunction is not something seen often in divorce cases, but when it is it usually comes at the end of the case, as part of the final judgment. As of October 2015 in North Carolina, there is also what is called a 50D lifetime no-contact order for the victims of sexual violence whose perpetrators have been convicted of a crime of sexual violence against them.

Should I Get a Religious Annulment?