Anyone with friends or family who have been through the process have likely heard how difficult divorce can be. Even putting aside the emotional toll (a hard feat to accomplish), the costs, time, uncertainty and bureaucratic difficulties of divorce can be overwhelming, especially to those with limited financial resources. Legislators in Illinois realized this and made a big effort to roll out a host of changes to the state’s divorce process. These new rules aim to simplify and streamline divorce and custody proceedings as well as standardize the approach taken to awarding spousal maintenance (also known as alimony) and child support. 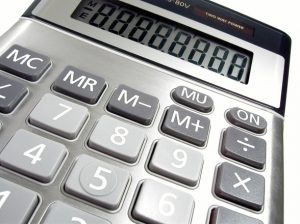 First, it’s important to note that in Illinois, lawmakers rarely tinker with the state’s divorce laws. In fact, the last time the laws were changed in a substantive way was 1977. Back then, lawmakers wanted to keep pace with the rest of the country and allow for payment of alimony. The goal was to compensate those wives who had stayed home to raise kids rather than pursue careers of their own. The law was a step in the right direction, but the reality often meant that wives were left with a small share of the family’s assets while the husbands, who usually earned the income, walked away with almost everything.

Fast forward to today, lawmakers are now concerned about simplifying the convoluted process in the hope of saving ordinary families time and money. Lawmakers are also eager to create more uniformity in a system that can sometimes seem arbitrary. In one county, alimony might be unheard of given a local judge’s preferences, while another might be known for handing down huge awards. This kind of inequality is troubling and adds uncertainty to an already difficult process.

To help things improve, Illinois has now implemented a variety of changes. Gone are the multiple grounds for divorce. Though previous divorces required finding fault, Illinois has now embraced a no-fault approach. Another change involves the elimination of the terms “husband” and “wife”. Now the laws refer to parties as “spouses”, an attempt to recognize the impact of legal same-sex marriage.

Another important fix recently implemented aims to help speed up the process. Previously, couples were supposed to endure a two-year separation period prior to filing for divorce. This has now been shortened to only six months. The same thing has happened in cases where one spouse opposes divorce. Rather than forcing the eager party to wait a long time, the rules have been revised to require only a six-month waiting period before the divorce can move forward. In both cases, the goal is to get people in and out of the court system as fast as possible.

In terms of creating consistency, lawmakers have drawn up a formula to use for determining alimony. Before now, there was no uniform approach to determining alimony amounts or duration, instead, each judge acted alone to set what he or she believed was fair. From now on, an equation will prove important, at least for those families earning less than $250,000 per year. Under the new formula, the spouse with the higher income will pay 30 percent of his or her income, minus 20 percent of the recipient’s income. That means, if one party earns $100,000 a year and the other earns $50,000, the higher income spouse will end up paying $20,000 in alimony. The duration of the alimony is also determined by guidelines and the number of years will depend on the length of the marriage.

For child support, things have remained relatively uncertain. That is also scheduled to change, with a new formula due to be released next year. The guidelines will calculate child support based on shared income, estimating the costs of raising the children then dividing these costs between the parents based on income.

Experts say the new rules have been beneficial to many families, leading judges to grant alimony more often than before and for longer periods of time. Thankfully, judges retain the discretion to deviate from these rules when they believe it is the right call. For now, many say the changes have been a good thing for everyone. By increasing speed and certainty, the hope is that families don’t have to be so debilitated by the prospect of divorce.

What Can an Injunction Do in My Divorce Case?

Lifestyles and Divorce of the Very, Very, Rich