There is nothing quite like a divorce case to air a couple’s dirty laundry, whether it is on an individual or collective basis for the parties involved. Personal details, financial issues, lascivious allegations—a divorce case has the power to bring all of this to the surface. 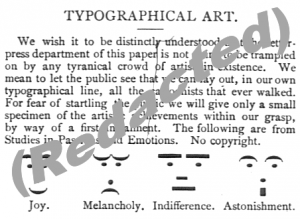 For Angelina Jolie and Brad Pitt, their shock divorce and subsequent child custody battle have been no exception. Jolie’s surprising divorce filing back in September was coupled with allegations that her partner of 12 years had been involved in a physical confrontation with their son Maddox while aboard a private flight.

Because the altercation allegedly occurred in within United Space airspace, the FBI investigated the allegations but declined to pursue further action. In its separate investigation, the Division of Family and Children Services (DFCS) encouraged the temporary custody arrangement Pitt and Jolie agreed to shortly thereafter. Under the agreement, Jolie received physical custody of their six (6) children and Pitt would receive “therapeutic” supervised visitation and submit to random drug and alcohol testing.

More recently, Pitt asked the Los Angeles court for an emergency hearing to keep the ongoing details of their child custody arrangements private. The judge denied the request, saying the case did not meet the requirements for sealing records at this time. Jolie’s attorneys opposed Pitt’s request, calling it a thinly veiled attempt to protect himself, and not their minor children, from the public view.

The standard for sealing a court record or proceeding from the public view is a high bar. Judicial proceedings are typically available to the public in order to keep the courts accountable to the communities they serve and foster public confidence in the judiciary. The First Amendment also guarantees the public a qualified right to access court proceedings and records.

These rights to freedom of information and transparency of the courts do have their limits, however. For example, the courts typically keep confidential cases involving ongoing investigations, classified information, trade secrets, and the identities and criminal records of minors.

In civil cases like divorce, children’s names are often abbreviated using only their initials. The trouble is for the Jolie-Pitt children, their parents are among the most famous couples in Hollywood. Even if TMZ and other celebrity gossip sites had not leaked Jolie’s original divorce filing, which had only the actors’ home addresses redacted, the media and public are already aware of the identities of their six (6) children.

In order to seal off public access to a civil court case, you must generally be able to prove an overriding interest that overcomes the public’s right to access the record. The proposed sealing has to be the least restrictive means available to protect the overriding interest.

In Pitt’s case, he cited his children’s privacy rights as the interest overriding the public’s right to the information. Perhaps the judge felt that the children have already grown up in the public eye anyway, and agreed with Jolie’s attorneys that it was a move to protect Pitt’s privacy rather than that of the children. In addition, asking the court to abbreviate the children’s names down to their initials would have been a less restrictive means if it was the minors’ privacy Pitt was concerned about. Regardless, it seems as though the media will be able to—and no doubt will—continue to report every development on the divorce and custody case.

The Implications of the Brangelina Split