If you’re a grandparent interested in maintaining a close relationship with your grandchildren, divorce might seem like bad news. Unfortunately, when some couples divorce, the amount of time the grandchildren are able to spend with the grandparents drops. The former son or daughter-in-law may not have an interest in dividing his or her time with the ex’s parents, meaning the opportunity for visits gets cut in half. In cases where the grandparents are estranged from their own child, limited visitation might become nonexistent. 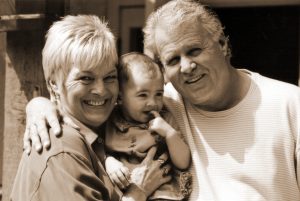 This kind of nightmare scenario is what can lead some grandparents to consider drastic alternatives, including suing for visitation rights. Though we might think of visitation and custody as disputes occurring between parents, that is not always the case. In Pennsylvania, and many other states, grandparents are allowed to bring a claim for partial or, in particularly extreme cases, full custody of their grandchildren. Though many cases where grandparents sue for custody involve one or more parents who have been deemed unfit, that is not always the case. Grandparents have been known to sue and win partial custody in cases where there are two otherwise fit parents.

This kind of case is what came before the Pennsylvania Supreme Court earlier this fall. In that case, D.P. and B.P. v. G.J.P and A.P., the Court had to wrestle with whether the state’s existing laws concerning grandparent custody should be upheld. The case involved a husband and wife who had separated, but never actually filed for divorce or started custody proceedings. Instead, the two agreed on their own about a parenting plan. Unfortunately for the grandparents, the husband and wife both agreed that the kids’ paternal grandparents would not be allowed contact.

Unfortunately for the grandparents, the Court disagreed with their claim and ended up finding the law, or at least a portion of it, unconstitutional. According to the Court, the law improperly assumed that parents are unfit to raise a child simple because they are separated. The law should instead presume that parents are making the right decisions for their kids, unless there is evidence to the contrary. That means, parents should be given the freedom to deny visitation to grandparents should they believe this is truly in the child’s best interest.

The case was curious because the Court only declared a portion of the law unconstitutional. The Court limited its ruling to cases concerning separation for six months or more and chose to remain silent about claims from grandparents that occur in the midst of a divorce or custody proceeding. Whether that too is unconstitutional remains to be seen.