Charlotte Divorce Lawyer Matt Arnold answers the question: “Can I sure someone for breaking up my marriage?”

It’s (thankfully) not very often that the criminal law and family law worlds collide and usually, when they do, something truly tragic has occurred. A recent case out of New York brought the two practice areas together, with the state appeals court issuing a decision in a criminal matter that has serious implications for those in the family law world. 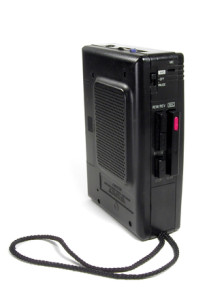 The case was decided by the New York Court of Appeals and concerns the ability of a person to legally record another person without their consent. In New York, as in many states, it is only legal to secretly record a conversation if at least one party has given his or her consent. This can lead to confusion when it comes to young children who may have the need to record some conversations, but would typically be unable to do so on their own.

The New York Court of Appeals ruled in a 4-3 decision that parents in the state are legally permitted to eavesdrop on young children without the consent of any person involved in the conversation, so long as the parent reasonably believes that doing so is in the child’s best interest. In the case before the Court, a father feared that his five-year-old son was being harmed by the man living with his former wife. The father then used a cellphone to record a conversation between the live-in boyfriend and the young boy, which revealed the man threatening to beat the child.

The man was eventually convicted of child endangerment, assault and weapons possession, but not before his lawyer tried to have the recording thrown out as inadmissible evidence. The lawyer argued that because there was no genuine consent by any party to the conversation, the recording could not be used against the live-in boyfriend.

The Court of Appeals disagreed and said that a parent acting in good faith and on an objectively reasonable basis should be allowed to record conversations if doing so is in the best interest of his or her child. The Court did warn that there were limits to this new rule, saying that parents must act in good faith and that the age and maturity of the child would be taken into consideration in future cases. Specifically, the Court said it would consider whether a child is capable of formulating well-reasoned judgments on his or her own when deciding if a recording was lawfully obtained.

Supporters of the Court’s majority say the victory is important for parents who fear for the safety of their children and who now have a new way of providing some protection. Critics say that the decision opens a potential Pandora’s box of problems, specifically in terms of family law cases. Nasty divorces or custody disputes might become even nastier if parents believe they can tape-record a child’s conversation with someone else, namely, the other parent. The majority opinion fails to discuss what would happen if one parent decides to secretly record an older child’s conversation with another parent. In such a case, both the child and the parent being secretly recorded would lose any expectation of privacy, potentially setting the stage for bitter legal battles.