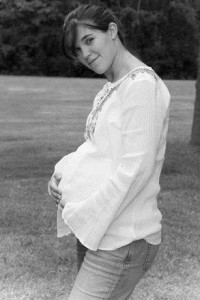 The 47-year-old California woman agreed to act as his surrogate using in-vitro fertilization and an anonymous donor’s 20-year-old eggs. And then she got pregnant with triplets.

When doctors confirmed that all three embryos were viable, the father, a single, deaf 50-year-old postal worker living with his elderly parents, apparently started to panic. He had planned for one or two children tops, not three. Regardless, once they were born he would be legally and financially responsible for all of them unless he gave one up for adoption.

The man allegedly asked the woman to terminate all of the embryos, later changing his mind and asking her to abort one. The surrogate, who is pro-life, refused to do either and offered to adopt the third child instead.

The father responded by threatening to withhold her fee and sue her for child support if she went through with the triplets. This was back in November, when the woman was still within the 20-week deadline for a legal abortion in California.

California is one of at least 20 states that allows surrogacy-for-hire; in some states such as New York the practice is outright banned. In states that do allow it, the parties almost always execute a surrogacy contract that stipulates the terms of the commercial agreement.

In-vitro fertilization (IVF) fertilizes multiple eggs at a time and often results in multi-birth pregnancies where doctors recommend terminating one or more embryos in order to save the life and health of the others. Because of this, many commercial surrogacy contracts allow for a clause giving the intended parent or parents a right to request such a reduction. The contract in this case stipulated that the father had the right to pursue financial sanctions—which the man in this case threatened—if the surrogate did not comply with a requested termination of one of embryos.

In a surrogacy situation, California courts construe the intended parents as the legal parents to a child once they are born, regardless of whether or not they are biologically related. This means the surrogate does not typically have any parental rights.

The woman has filed a lawsuit of her own, asking the Los Angeles Superior Court in January to find her as the children’s legal mother.

An individual such as a surrogate without parental rights cannot even sue for parental custody (or be forced to pay child support, despite the father’s threats). The woman’s lawsuit challenges the state surrogacy laws as unconstitutional, claiming they violate the triplets’ equal protection and due process rights to get to know their mother. The lawsuit is an attempt to forestall the father adopting one of the children out to a third party stranger once they were born, which the lawsuit says he threatened to do.

The woman just gave birth March 24, seven weeks early. The children were immediately taken away from her once they were born after a judge granted full parental custody to the father.

What if this had happened in North Carolina?

The situation could be playing out much differently if it were in another state. Although some states have surrogacy laws like California’s, many others, including North Carolina, do not specifically address surrogacy in any laws but provide a mechanism for uncompensated surrogacy through adoption and contract laws.

Despite the way its surrogacy laws are negatively impacting the surrogate’s rights in this case, California is considered to be one of the most surrogacy-friendly states. Surrogacy laws like theirs are largely written to protect the interests of the intended parents wanting to use surrogacy to grow their families.

The legal battle in this case is still unfolding; the judge has apparently not yet ruled on the surrogate mother’s petition to adopt or arguments that she should be able to sue for full custody of at least one of the three children. We’ll have to track this story for updates.