They say it’s important to remember to dot your “i’s” and cross your “t’s”. This advice is especially true in the family law world, where seemingly small mistakes, such as those in final divorce decrees or settlement agreements, parenting plans or financial disclosures can come back to cause serious problems. This point was driven home quite clearly in a recent case out of New York where a sugar executive must now fork over millions of dollars thanks to a simple mistake involving paperwork. 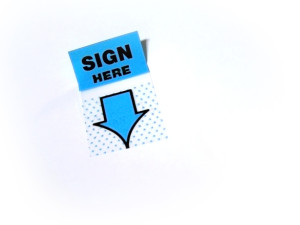 The incident dates back to 1990, when Daniel and Sheila Rosenblum first married. The marriage soured and the two were divorced four years later. Two years after that, they decided to reconcile and stayed together until sometime in 2014. Finally, the two struck a new agreement to divorce that required Daniel to pay his former wife millions each year for the next 12 years.

Rosenblum is a wealthy man, the chairman of the sugar branch of a major commodities firm. His former wife, Sheila, is now quite wealthy herself. Sheila is a former model and ballerina and, according to her now ex-husband, has a net worth of some $120 million. In addition, she owns several dozen thoroughbred racehorses and a $30 million duplex on Park Avenue that Daniel relinquished in the divorce. All this to say Sheila is not hurting for cash.

The problem for Daniel is that Daniel (or potentially Daniel’s lawyer) was not paying attention to the details of his 2014 divorce and forgot to sign on the dotted line. Daniel forgot to sign the financial settlement agreement reached between the two and, once Sheila realized this was the case, asked a judge to rescind the agreement. Given that only one party had signed, the judge agreed, deciding that an unsigned agreement was not legally enforceable.

Sheila then insisted that the parties revert to a previously drafted agreement, this one signed back in 2013. This prior arrangement requires Daniel to make an $11 million payment to Sheila immediately and, over the following four years, pay her another $50 million.

Daniel and his lawyer have spoken to the press about the recent turn of events, accusing Sheila of taking unfair advantage of a simple mistake. Additionally, Daniel claims that he’ll be bankrupted if he’s forced to make these payments, leaving him penniless and his wife with nearly $200 million. Daniel is now suing Sheila over the issue saying he should not be required to continue making the payments. How this all ends up remains to be seen, though you can be sure there are plenty of divorced couples (and even their anxious lawyers) who are now double- and triple-checking that everything is properly squared away with their own settlement agreements.

Man Secretly Divorces Wife In An Attempt To Protect His Money