The UK’s largest dating side for married people is about to offer a secret island where its members are “guaranteed” privacy as they meet up to cheat. 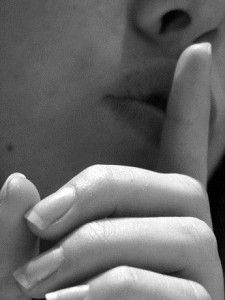 IllicitEncounters.com confirmed that it is buying an island about 100 miles from Portsmouth on England’s southern coast. The exact location of the island will not be made public, the company claims. Travelers are blindfolded before they get to the final location and are helicoptered in to avoid leaving a paper trail that cheater’s spouses could find.

Illicit Retreat, as it has been dubbed, is peppered with luxe apartments for its guests, each equipped with a bedroom (naturally), dining room and Jacuzzi.

The idea behind the enhanced security for cheating services makes sense after last year’s Ashley Madison data breach, although it does make you wonder how successful the project will be. In 2015 a group of hackers calling themselves “The Impact Team” stole and leaked extremely detailed personal data for over 39 million users on Ashley Madison’s website in two separate hacks. Ashley Madison, like Illicit Encounters, enables married and otherwise “attached” people to cheat. Both companies claim up front that their service is confidential and that they do not store users’ personal information—a claim that has been infamously proven false in at least Ashley Madison’s case.

The hacks released the names, addresses, email, and phone numbers belonging to the site’s millions of users, many of whom had paid the site to “delete” their account. Credit card information was released for some 9.6 million users.

Ashley Madison claimed to have 40 million users at the time of the breach. That’s over 10 percent of the United States population. Tech news website Gizmodo released a report after the hacks estimating that of the site’s 5.5 million ‘registered’ female users, only about 12,000 of the accounts belonged to real women and that the remainder were bot-powered fake accounts designed to lure more men onto the service.

The 2015 hack caused a stir worldwide and made millions of cheaters wary of such privacy claims by cheating sites. Job resignations, divorces and even several suicides followed the breach.

Ashley Madison and Illicit Encounters utilize practically identical business models, down to the catchy slogans coaxing in potential members. “Life is short. Have an affair.” “Married but feeling neglected? Spice up your life.” Although each company’s privacy claims are equally similar, Illicit Encounters does not appear to have addressed its data security as compared to Ashley Madison’s.

Assumedly the UK company learned from the Ashley Madison hack and upped their security appropriately. Security consultants since the hacks have analyzed Ashley Madison’s software coding and reported that much of the code was insecure and brimming with mistakes that made it possible, and even comparatively easy, for hackers to access the information.

The lawsuit floodgates against Ashley Madison and Avid Life Media, the parent company, have since opened, including a class action seeking $578 million in damages. Many allege that the companies were aware of the vulnerabilities within their system and did not correct them.

In states with fault-based divorce laws, the data contained on sites like Ashley Madison and Illicit Encounters can be a divorce attorney’s dream: proof of adultery on a silver platter. North Carolina uses no-fault divorce, wherein a couple only has to prove that they have been living apart for a year and have the intent to end the marital relationship.