Custody battles of the future may involve battles between litigants that are—in all our legal history—utterly foreign. That is because, for the first time in recorded history, scientists are on the verge of creating three-parent babies. 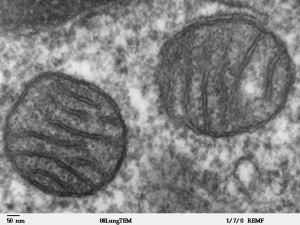 Once that formerly inconceivable reality comes to term, if one (plus one, plus one) wills it, the normal progress and processes of life will follow, and those will inevitably include family units splitting up and launching battles for custody of a child or children.

Except then it will be three (or more) parents fighting for custody, instead of two. That means—potentially—three lawyers or more… ugh.

So far, scientific experimentation with three-parent babies has been limited to animals. Last week, however, the British House of Commons voted to allow the licensing of facilities in the United Kingdom that may allow genetic modification of human embryos.

Inside human cells, powerful compartments known as mitochondria—essential for converting food into usable energy—sometimes mutate, and these mitochondrial mutations cause a host of diseases, according to the Milwaukee Journal-Sentinel.

Scientists hope that using DNA from three sources—three parents—will enable them to eliminate unwanted mitochondrial mutations. A law and bioethics professor named Pilar Ossorio told the Journal-Sentinel that the potential medical benefits associated with three-parent children outweigh moral and ethical questions. Those questions include the long-term effects of alterations of the human gene pool as well as the prospect of well-heeled parents paying for so-called “designer babies” who will be imbued with genetic advantages over their peers.

Ossorio suggested that while gene editing could be used to eliminate some diseases, it would be more difficult to cause some traits such as musical skill or skin color to be altered or enhanced.

Still, said Arthur Derse, a doctor at the Medical College of Wisconsin, it will only be a matter of time before scientists do figure out how to produce certain genetic features such as skin color, eye color, or musical or athletic aptitude. Derse said the long-term effects of interfering with “the very instruction set” of the human being would only show themselves after the passage of years—perhaps generations. “We don’t know if there is going to be a deleterious, long-term effect on the development of the human embryo,” he told the Journal-Sentinel.