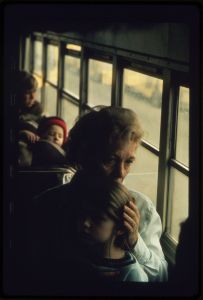 A party’s presentation regarding custody is made in District Court, and the person a party needs to convince is the District Court judge. Many parties believe a good way of convincing a District Court judge that they should have custody of a child is to have the child testify before the court. After all, who better knows what is in one’s best interest than oneself?

The problem with that ideas is that minor children are considered “infants” or “incompetents” under North Carolina law. Minor children do not have the capacity, for instance, to enter into contracts. A court will not take a proposal to allow a minor child to testify lightly. A judge will likely conduct a hearing to consider whether testimony would be appropriate in a particular case, and if so, what measures or protections may be afforded to the child while testifying.

Ultimately, it is up to the judge to decide what weight to afford to a child’s testimony. Such testimony may sway a judge in a particular case, or it may not if a judge believes disregarding a child’s expressed wishes regarding custody would be in the child’s best interests.

Writing in the Huffington Post, family-law attorney Caroline Choi encourages parties who are considering allowing a child to testify to think about the extralegal effects that testifying in court may have upon a child. Testifying in court can be a traumatic experience for an adult. The experience may have a profound effect on a child, particularly if the testimony is rendered at an age at which the child is uniquely impressionable.

A divorce between one’s parents can traumatize a child. Being asked to testify about wanting to live with one parent may cause a child to feel that he or she has been forced to choose a side. Choi encourages parents to think about the psychological effects that this may have upon a child.

In addition, Choi encourages parents to look within themselves, to ensure that they are not seeking to use a child as a means of striking out at a spouse or ex spouse against whom one is battling for custody. Unfortunately, in custody battles children are often left to suffer the collateral damage of battles waged between the two people they love best.