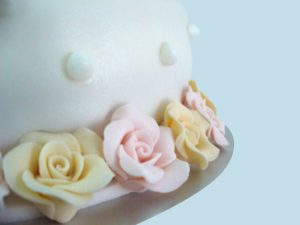 The American Academy of Matrimonial Lawyers revealed the results of a recent survey of its membership. The findings indicate that more than half of family law attorneys have noticed an increase in Millennials requesting a prenup in the past few years. Though the group says that the increasing interest in prenuptial agreements applies across the age spectrum, the biggest increase was found among those under 35 years old. In decades past, younger couples might not have considered signing a prenup, incorrectly assuming they were meant for older, wealthier couples. The younger generation now appears to understand that prenuptial agreements can be used to cover not only property already in existence, but property that has yet to be acquired. Creating and signing a prenup is viewed by many as a prudent form of planning.

One family law expert says that a decade ago, young couples made up approximately 5 % of those asking for prenups. Today, that number is closer to 25%. What accounts for the dramatic increase? One factor is that Millennials are older and wealthier when they marry than those in previous generations. As the average age a person first marries continues to increase, it’s more and more likely that the parties have begun to accumulate property worth protecting. Additionally, waiting to marry also increases the likelihood that a person is in a more established position in his or her career, thus earning a higher income worth protecting.

Another surprising finding of the recent survey was that beyond being interested in creating prenuptial agreements, Millennials, more than others, wanted to use the agreements to protect intangible assets. What are intangible assets? Generally, these are items that can’t be held in your hand. Examples include things like songs, screenplays, software, apps, ideas for companies or inventions. Rather than focus on dividing and protecting cash or deciding issues like alimony, Millennials are using prenuptial agreements to stake their claims to ideas that may not have yet come to fruition. If someone dreamed up the next great app idea, they want to be sure that their former spouse doesn’t end up running off and making a fortune on it.

Though it’s good to plan ahead and protect potentially valuable intellectual property, using prenups to shield intangible property is a tricky business. One reason is because for a prenup to be valid it needs to be specific. Inserting some generic language about all ideas belonging to the original creator likely won’t suffice. Instead, your lawyer will need to include details that make it clear exactly what it is that’s being protected. It’s also important that the item be valued with as much accuracy as possible, something that can require serious thought and maybe even an expert opinion.

Curiously, women are now the ones most like to raise the issue of a prenup, something that represents a stark shift from previous generations. For many years, prenups were seen as a document that wealthy men asked stay-at-home wives to sign as a means of securing their wealth by avoiding expensive alimony or costly division of assets. Today, the prenups are instead viewed as a means of preparing for an unlikely, but possible, split. By taking care of important details in advance, there can be far less drama and far more certainty in the unfortunate event that divorce becomes reality.

When it comes to prenups, let ‘Brangelina’ be an example