Prior to and during the 1970s, the so-called “Mexican divorce” was having something of a moment. Fed up with the lengthy and expensive divorce process in the United States, couples from the States would pop across the border for a quickie divorce proceeding, without the lengthy waiting periods required in many states. Mexico wasn’t the only country host to many a drive-through divorce proceeding; they became popular in a host of Central American countries, particularly the Dominican Republic, as well as the Caribbean islands. 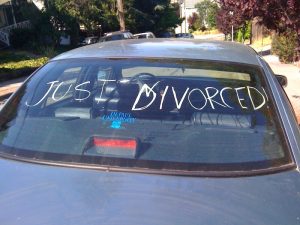 Today, a plethora of online companies continue to claim to offer valid Mexico divorces obtainable in one business day and even if one party is unwilling or unable to participate in the process. Flat-rate fees and “guaranteed” legal legitimacy claims make the offers seem like a no-brainer to couples wanting to expedite the process. Hundreds if not thousands of couples fall prey to the overseas quickie divorce scheme each year.

Historically, divorce in the United States was fault-based, meaning one party had to argue that the other spouse did something that caused the marriage to fail. However, beginning with California in 1969, many states gradually began adopting some form of no-fault divorce. In some respects, this made achieving divorce easier to obtain—as long as parties lived separately for the requisite period of time, they could obtain a divorce without having to prove the other party was at fault. There was a short-term boom in divorce rates during this time.

However, no-fault divorce also negatively impacts the divorce process for others. It requires couples to live separately for a sustained period of time, often for at least a year. In cases where there is no intent to reconcile by either party, this length of time can be a torturous obstacle to moving on with your life. The 1970s American shift towards no-fault divorce also saw a spike in foreign “divorces,” particularly in Mexico. If a divorce was uncontested, meaning both parties agreed, and there were no children or custody issues, then divorce judgments could be obtained there in matter of a quick hearing or two with the judge.

Partially as a reaction to this influx of “tourist” divorces, in the 1970s many Mexican courts stopped accepting divorce petitions from couples who were not already residents of Mexico. American federal law does not require our courts to recognize foreign divorce judgments, and the courts here will only recognize a foreign divorce for the sake of 1) comity, or judicial efficiency 2) respect for other nations’ laws, and only to the extent that the foreign decree is enforceable in the country that rendered it. Because of this, foreign divorce decrees will only be enforceable in countries with residency requirements like Mexico now has if at least one of the petitioners is already a resident of the foreign country.

Besides domicile, other factors our courts now take into account when making a determination on whether or not to recognize a foreign divorce judgment include notice, public policy and fraud. “Notice” refers to whether or not the non-filing party was aware of, and given a chance to participate in, the proceeding. Public policy is a broader consideration, but is often used to examine custody determinations from other countries. For example, custody orders in countries that do not use the “best interests of the child” standard used in family law in the United States will not be recognized. Finally, in cases where fraudulent misrepresentation of assets or other intentionally fraudulent behavior is indicated, courts will not recognize a foreign divorce judgment.

There’s No Doubt About It: Gwen Stefani’s Recent Divorce Shows the Power of Settlement Agreements