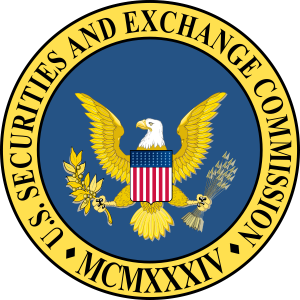 Wall Street billionaire Steve Cohen is fending off claims from his Manhattan book editor ex-wife, Patricia, who sued the former SAC Capital Advisors, LP honcho in 2009, alleging he misled her about a supposedly failing real estate deal and cheated her out of $2.75 million.

The Cohens married in 1979, but the stress of Mr. Cohen’s Wall Street job put the marriage on the rocks. The couple divorced in 1990, when—according to Bloomberg News—Mr. Cohen was “barely worth eight figures.”

He is worth much more now. Since Mrs. Cohen filed her suit in 2009, Mr. Cohen’s net worth has doubled to an estimated $11.1 billion.

Mrs. Cohen’s lawsuit was dismissed in 2011, but the dismissal was overturned by an appeals court. Her current lawyer—Mrs. Cohen’s fifth on the case—filed a motion last month seeking to depose Mr. Cohen regarding the government’s insider trading cases, saying that showing “how Steve Cohen does business” is relevant to test his credibility. United States District Judge Loretta Preska agreed, ruling Nov. 17 that Mr. Cohen could be deposed.

Mrs. Cohen’s lawyer—Gerald Lefcourt—wants to question Mr. Cohen about his role in what is believed to be the largest single insider-trading scheme in United States history.

Ex-fund manager Mathew Martoma allegedly received information on disappointing drug trials for products produced by Wyeth LLC and Elan Corp. After a twenty-minute Sunday afternoon telephone call between Mr. Martoma and Mr. Cohen, SAC Capital sold nearly all of its $700 million in stock in the two companies. A few days later, when the information Martoma had shared with Cohen became public, the companies’ stock prices nosedived. Martoma was sentenced to nine years in prison for his role in the scheme. He has appealed his conviction.

Mr. Cohen may have thought the insider-trading matters were in the rearview mirror. SAC Capital pled guilty to insider trading earlier this year and paid a record $1.8 billion fine to settle all pending criminal and civil matters brought against it by the government. It also agreed to manage only Mr. Cohen’s money and, shortly after the settlement, changed its name.

Klotz said Mr. Cohen was already questioned by the Securities and Exchange Commission in 2012. Mr. Cohen said SAC Capital sold the Wyeth Stock after learning that another company was selling its share, not after receiving insider information from Martoma.

Klotz said allowing Mr. Cohen to be questioned about the matter would “set up a complete three-ring circus.”

Meanwhile, United States District Judge William Pauley observed in a January ruling that the Cohen case restores the “faith in the old-fashioned idea that divorce is something that lasts forever.”

Divorcee to appeal $1-billion judgment, says she is entitled to more