Users have known for months—maybe longer—that Facebook lets you see if any of your friends are registered sex offenders. The Friend Verifier application—used over 8-millions times to date—lets users scroll over their friend lists to find matches with sex offender registries. 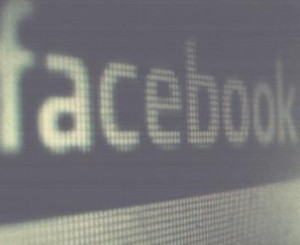 Friends like these, right Facebook? What does the social networking site say about people closer than friends, namely spouses? A lot.

Facebook doesn’t yet have an application that can predict whether users’ marriages will end in divorce, but researchers from Boston University’s College of Communication and the Pontifical Catholic University say using Facebook may put users at a greater risk of divorce.

The researchers studied relationships between use of social media sites like Facebook and marital satisfaction by comparing survey data from spouses with divorce statistics from individual states in the United States. The study, they said, could raise profound questions about the impact of social media on day-to-day human behavior.

While researchers stressed that many other factors contribute to individual divorces, they did observe a correlation between spikes in Facebook usage and spikes in divorce rates in state populations. The correlating spikes did not indicate that Facebook caused divorces, but researchers said that seeking to understand the role of Facebook in divorce and martial satisfaction was worthy of further policy-oriented research endeavors by social scientists.

The Christian Post reported that the study showed that using social networking sites negatively impacted marriage quality and happiness. On the flipside, sentiments such as experiencing a troubled relationship and considering a divorce were positively reinforced by the sites.

The study is not the first linking social networking sites with divorce. A 2013 study produced by Russell Clayton, a doctoral student at the University of Missouri School of Journalism, showed Facebook users were more likely to monitor their partners’ online activity, which could lead to feelings of jealousy. Clayton told the Huffington Post that newer relationships—those less than three-years-old—were particularly vulnerable.

In 2011, a group of American lawyers and academics joined Middle East analysts who singled out Facebook as a leading cause of divorce. They cited a 2010 survey by the American Academy of Matrimonial Lawyers in which some two-thirds of lawyers reported that Facebook was the primary source of evidence in divorce proceedings. At the time, a spokesman for Facebook called the linkage between the website and divorces ludicrous.

So social networking is not the cause of breakups; it is salvation for those breaking or soon-to-be broken up.